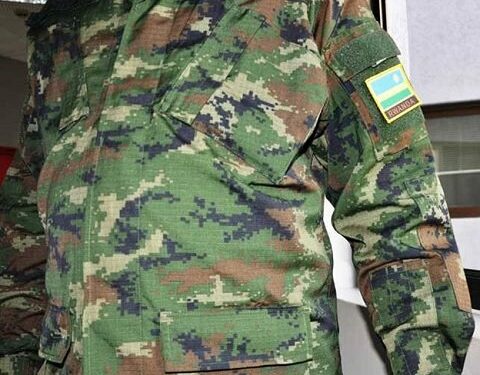 A Ugandan solider attached to the elite Special Forces Command (SFC) is reported to be missing after he was allegedly kidnapped by Rwandan security operatives in Kabale District under unclear circumstances.

The missing soldier identified as Pte Ronald Arinda 23 a resident of Muguli ‘B’ cell Kakyerere ward Lyakarimira town council is said to have been kidnapped on Saturday at around midday, at Omukiyovu trading center located at the Uganda and Rwanda border in Kabale District.

The LCIII Chairperson of Lyakarimira town council Canon Enock Kazooba, said that Arinda was on his pass leave after completing a UPDF tank course stressing that he was tricked by Rwandan security informers who live at border line on Ugandan side claiming that they had some heards of cattle they wanted to sell to him.

However, in the middle of their conversation, Rwandan security operatives emerged and kidnapped him. He said that locals don’t know the motive of this kidnap and they are worried about his life.

Kazooba adds that Pte Arinda had his UPDF identity card and a copy of his pass leave document at the time of kidnap, and said that one Ugandan national suspected to have been a collaborator of the Rwandan security operatives in the kidnap of the UPDF soldier has been arrested by the Ugandan security team for interrogation.

Some of Pte Arinda’s relatives told the Ugandan security team that he was planning to buy cows to pay dowry for his wife as he planned to get married.

In June this year Rwandan security operatives captured a Uganda People’s Defence Forces (UPDF) soldier, Private Baruku Muhuba attached to the 35 brigade in Kisoro District as he patrolled the borderline before being released later.

Godfrey Nyakahuma, the Kabale Resident District Commissioner said that he has already sent the information about the soldier’s alleged kidnap to higher offices in Kampala for further management.

“It is true that our UPDF soldier, Ronald Arinda was kidnapped by the Rwandan security operatives at Omukiyovu border trading center in Lyakarimira town council, Kabale District. I have submitted a report over the matter to the higher offices in Kampala for further management of the matter and next course of action,” Nyakahuma asserted.

The UPDF spokesperson Brig Flavia Byekwaso, on Monday confirmed that the UPDF soldier was “arrested” by the Rwandan security operatives.

“It’s true that the arrested UPDF soldier was attached to SFC and was on his pass leave. The higher offices in the country shall handle the matter,” Brig. Byekwaso asserted.