by Stephen Kalema
in News
17 1 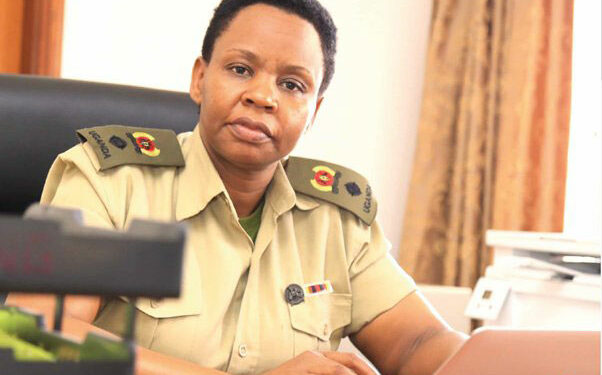 The head of the State House Anti-Corruption Unit Col Edith Nakalema has resurrected a murder csse that has been forgotten for six years.

Mulago referral hospital medical doctor Dr. Matthew Kirabo is facing the charges of killing his former girlfriend Desire Mirembe on July 6, 2015. It’s alleged that Dr. Kirabo killed Mirembe while he was still a student of Makerere University after the couple reportedly conflicted in their love affair.

Both were second-year Makerere University School of medicine students and Mirembe was then aged 19. 2015 reports show that Mirembe was murdered allegedly killed by Dr. Kirabo who dumped her body in Mabira Forest in Buikwe District.

In 2015 Kirabo was arrested, on 30th November the same year was committed to the High Court for trial. However, the court granted him bail and for yet unknown reasons the hearing of this case had become stalled and since then the hearing dates had never been fixed.

However, following the intervention of Col Nakalema, Principal Judge Flavian Zeija last week set the date for the hearing of the case on Wednesday.

The date was set after a meeting Col Nakalema held with the complainant (deceased’s father ), Zeija and the Director of Public Prosecutions.

Zeija said, “When I met the parent, I obviously apologized for the delay. Justice delayed is justice denied. It has taken quite a while, even if someone is innocent, or guilty, you need to have the case heard so that it is determined. However, apologizing, for the delay does not mean that I’m condemning Kirabo because it is a trial and where the facts as to whether Kirabo committed the offence or not will have to be examined.”

Emmanuel Musoke (main complainant) also Mirembe’s father alluded that the suspect continued with his studies, graduated and is employed as a medical officer at Mulago Hospital yet his daughter is in the grave and justice had never been served.

Dr. Kirabo had a program of pursuing further studies in the US and the only reason as to why he did not fly out was because his passport was still being held by the High court.

Mirembe used to stay at Akamwesi Hostel in Wandegeya and before his death she texted her mother who lives in the US informing her that she had left for Jinja with a stranger however she was scared. That was the last message her mother received from the daughter before she learned of her death.

After much pressure on Kirabo who was then a student, he revealed where Mirembe’s body was (in Mabira forest) and he also confessed to murdering his uncle, a lecturer at Makerere University.