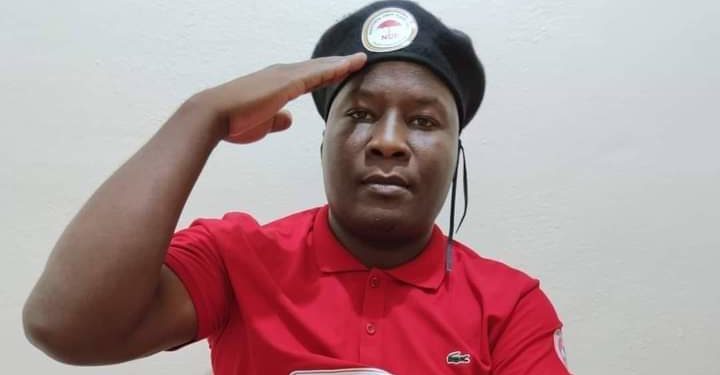 Famous Turkish based Ugandan blogger, social activist and political commentator Fred Lumbuye aka Chemical Ali  has been freed from jail.

This was confirmed today morning by the lead lawyer in blogger’s complex case honourable  Muwada Nkunyingyi, who also doubles as Kyadondo East member of Parliament.

Talking to the press today Morning, Mr. Nkunyingi revealed that National Unity Platform (NUP), and Lumbuye’s lawyers in Turkey secured his release yesterday, from an administrative detention centre, where he has been kept for more than two months.

“Our lead lawyers in Turkey, have today confirmed to us that Lumbuye Fred was released from administrative detention yesterday, Monday. Essentially, Lumbuye is now out of prison,” Said Mr. Nkunyingyi .

He appreciated the efforts of Lumbuye’s legal team, led by counsel Adnan Sahim, in trying to ensure that his rights are restored, and also getting him out of jail. He also made no mistake in recognising the efforts of Ugandans abroad, who worked tooth and nail to secure his release.

“I want to thank counsel Adnan Sahim and the rest of the team for the legal efforts so far. I thank Ugandans globally, in solidarity for pursuit of Lumbuye’s freedom. I thank NUP diaspora team chapters for team work, and I want to thank Ugandan community and NUP leaders in Turkey for the solidarity and all efforts,” he said, and added;

“Lawyers briefed us that inspire of his release, non concluded cases will remain ongoing and the legal team in Turkey remains committed as it has been, to conclude all such legal details”.

Lumbuye’s woes started when he was reportedly arrested on August, 3rd, 2021 at the Ugandan embassy in Turkey following attempts to renew his passport. Government alleges that the Turkish based Ugandan blogger used social media to tell false stories and cause acrimony.

After confirming news of his arrest, several opposition figures abroad conducted a fundraising to raise funfs for his release, and selected a team of lawyers to get him out of jail.