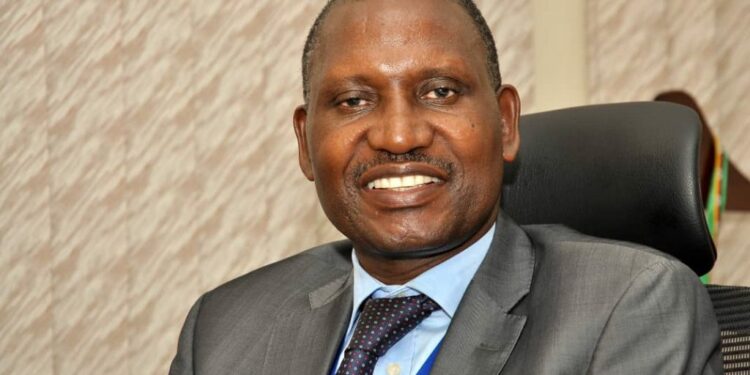 The Uganda Coffee Development Authority (UCDA) Managing Director Emmanuel Iyamulemye is under fire over the circumstances under which he traveled for the ongoing Dubai Expo in the UAE even after being refused by line Minister Frank Tumwebaze because his contract had expired.

Iyamulemye, the chief of the Coffee development body had his contract burn out and his desperate efforts to have it renewed had failed to pay off.

Amid the unending contract saga, the MD has erred by traveling out of the country on the taxpayers’ bill despite being warned against it by the Minister for Agriculture, Animal Husbandry, and Fisheries.

Sources privy to the saga have intimated to this news website that the embattled MD is expected back into the country on Friday, 8.

The Dubai Expo 2020 is a World Expo currently hosted by Dubai in the United Arab Emirates (UAE) from 1 October 2021 to March 2021 (182 days). President Museveni led the Ugandan delegation that included Speaker Jacob Oulanyah and other members of the cabinet to the event’s grand opening.

Back to our main issue of focus, concerns over why a Civil Servant whose contractual term has expired, would travel on the taxpayers’bill, even after defying the advise from his superiors should be perlexing enough.

In a September 24, 2021 letter to the Attorney General, Minister Tumwebaze had sought legal interpretation regarding Iyamulemye’s contract extension as Managing Director at UCDDA

In his letter to the AG, Tumwebaze noted that following the enactment of the National Coffee Act 2021, Cabinet was yet to sit to appoint a Board of Directors for UCDA. .

Apparently, the minister was informing the AG that the UCDA Managing Director’s contract was expiring on September 30, 2021, and was seeking legal interpretation if he was right to renew the MD’s contract.

“There shall be a Managing Director who shall be appointed by the Board on such terms and conditions as the Board may determine.”

The New Coffee Act Section 14 (4) notes that the members of the board shall be appointed by the Minister, except the Managing Director, so in short Hon. Frank Tumwebaze was out of order here as per the letter from the Kiwanuka Kiryowa.

“In view of the above provisions of the law, the appointing authority of the Managing Director is the board and not the minister,” wrote the Attorney General.
THE AG said it would be ultravires for the minister to exercise the function of the board.

“Accordingly, I advise that a board be appointed to enable it to appoint a Managing Director of Uganda Coffee Development Authority,” advised Kiwanuka Kiryowa.