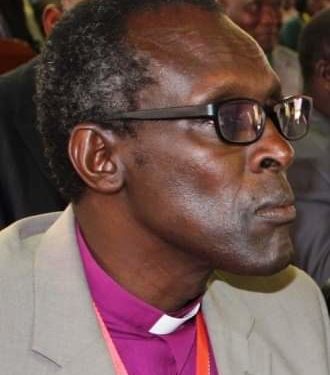 The caretaker Bishop of North Kigezi Diocese Rt. Rev. Patrick Tugume Tusingwire has warned the media and the community to go slow on issues related to church affairs.

Tusingwire’s bitter exchange follows a letter in which Church of Uganda Provincial Secretary Rev. Capt. William Ongeng wrote to him to put in place modalities for the election of the new Bishop to replace Bishop Benon Magezi who succumbed to COVID-19 in June.

In his August 20th letter, Ongeng asked the caretaker Bishop Tugume Tusingwire to institute a Diocesan Synod if it was not yet in place for the purpose of electing the new Bishop.

The Provincial Secretary advised that the Diocesan Synod elects and puts in place all the relevant Committees including the Diocesan Nomination Committee as guided by the Canon 3:7 of the Church of Uganda Provincial Canons.

In the same letter also, Rev Ongeng advised that the Diocesan Nomination Committee must come up with 2 names not later than March 22nd 2022 that should be submitted to the office of the Archbishop by 8th April 2022.

In twist of events, Bishop Tusingwire has publicly gone against the letter calling it fake asserting that he hasn’t received any copy of the subject matter and that whoever wrote it is misled.

Bitter Tusingwire noted that on the eve of the day the letter was released, he had a conversation with the Archbishop of the Church of Uganda His Grace Stephen Kazimba Mugalu who never shared with him anything concerning the same letter.

“I don’t know that letter, His Grace doesn’t know it, I even don’t have a copy. Whoever wrote it or influenced the PS to write it should count him/her a loss, ” said Tusingwire.

He added that, “I should have received a hard copy letter from the Archbishop followed by a discussion between me and the Archbishop before the PS pens down our resolutions. Our Church operations don’t depend on media, media confuses public, media is a deseminator of any information they get”.

Magezi served as North Kigezi Diocesan Bishop from 2017 until June 15th 2021 when he succumbed to COVID-19 at Mulago National Specialised Hospital.

Late Bishop Magezi was born in 1960 in Bwanda village, Buhunga Sub County in Rukungiri District and died at the age of 60.