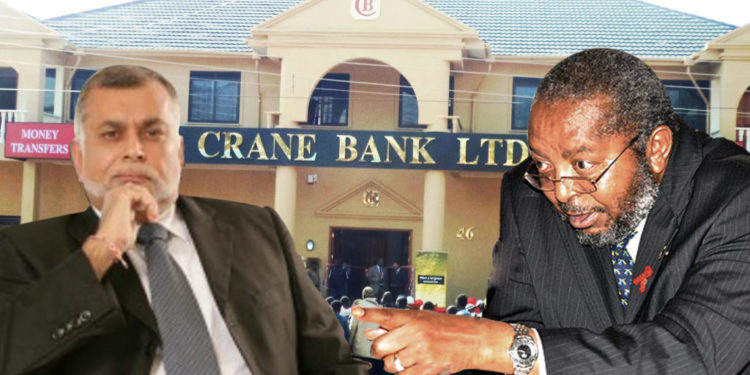 The Supreme Court has dismissed an application in which Bank of Uganda sought permission to amend the Memorandum and record of appeal before hearing the Crane Bank appeal case.

Justifying the need for the amendment, Bank of Uganda lawyers led by Joseph Byamugisha argued that it was necessary for the disposal of the appeal that the capacity in which the Central Bank is managing and controlling Crane Bank and its assets and liabilities be stated.

However, in a ruling delivered on Thursday, Justices Ruby Opio-Aweri, Faith Mwondha, Lillian Tibatemwa, Ezekiel Muhanguzi and Percy Night Tuhaise, dismissed the application saying BoU’s concern of reflecting the capacity in which the Central Bank is managing and controlling Crane Bank can be addressed in the commencement of the hearing.

in a ruling issued on Thursday August 12 said, the arguments by BoU lawyers did not hold any water, as the status of the Crane Bank Ltd (in receivership), could be updated at the start of the hearing of the appeal.

“The substitution of an entity in receivership with that in liquidation in the appeal would taking into account the gist of the pending appeal not assist this court to resolve issues on the legality and lapse of the receivership and power of the receiver to sue, which are a subject of the appeal,”the Justices said.

“This application is therefore dismissed with costs to the respondents,” the panel further ruled in an unanimous judgement.

On June 23, 2020, the Court of Appeal upheld the judgment of Commercial Court in an application filed by BoU seeking a refund of Shs397 billion from businessman Sudhir Ruparelia which he allegedly pulled out from Crane Bank.

Justice David Wangutusi of Commercial Court in August 2019 dismissed a case in which BoU claimed that Mr. Ruparelia and his Meera Investments Ltd fleeced his own Crane Bank Ltd (now in receivership) of Shs397 billion.

But on June 30, 2020, the BoU announced they would appeal the judgement saying that receivership does not take away the corporate personality of a company which includes the right to trace and recover assets and the right to sue for those assets.

Justice David Wangutusi of Commercial Court in August 2019 had dismissed a case in which BoU claimed that Ruparelia and his Meera Investments Ltd fleeced his own Crane Bank Ltd (now in receivership) of Shs397 billion.

In his 52-page ruling, he said at the time BoU and Crane Bank (in receivership) filed the suit against Mr Ruparelia and his Meera Investments in January 2017, Crane Bank was a non-existing entity, having been terminated when the Central Bank sold its assets to DFCU Bank in October 2016.

The judge ruled that this rendered Crane Bank in receivership incapable of suing or being sued since there would be no assets to be claimed for.

Court noted that the public notice made it clear that BoU as the receiver had done an evaluation of the respondent (Crane Bank in receivership) and arranged for the purchase of its assets and assumption of its liabilities by another financial institution.