PROFILE: Who was Aggrey Awori, a man who refused to broadcast Idi Amin’s speech 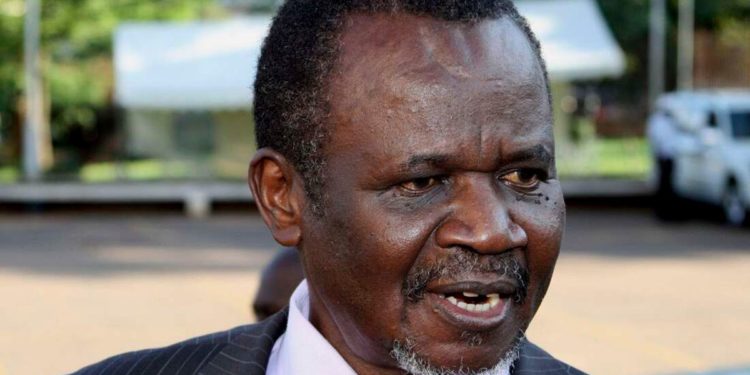 On Monday, news came out announcing the death of the former ICT minister and the former presidential candidate Aggrey Awori who died in the afternoon.

The sad development was announced by his close friend, Peter Oguttu who said that Mr. Awori passed away in a private hospital in Naalya, Kampala. He revealed that the deceased had been sick for over a month.

“He has been sick for about a month and I have been in touch with him until today when his wife, Thelma told me that he has died. You know what’s currently going on in the country, but he’s been having pressure and other diseases as well,”r Oguttu said.

Who was Aggrey Awori?

He was born on 23, February 1939, in Budimo Village, Busia District, near the Kenyan border as the 10th of 17 children. His parents were Canon Jeremiah Musungu Awori, a pioneer African priest of the Anglican Church in East Africa and Ms. Mariamu Odongo Awori, who was a nurse and community teacher.

He attended Nabumali High School in Mbale District and King’s College Budo. While at Kings College Budo (1959 to 1961), he was selected among a few others for elite military officers training at Sandhurst Military College in the United Kingdom. However, his father rejected the idea of his talented son joining the military.

From 1961 to 1965, he went to Harvard University on a scholarship. The first year he took nuclear physics, but then switched over to political economics. While at Harvard, he became the first person in heptagonal track history to win three events – the long jump, high hurdles, and 60-yard dash, tying the haps record in the hurdles and setting the mark in the dash.

Awori had a Master of Arts in economics from Syracuse University in the U.S. In 1967, he was appointed the first local director of Uganda Television then (UTV).  While he was the director at UTV in 1971, Awori refused to broadcast a speech that the then President of Uganda Field Marshal Idi Amin gave, lying to him by saying that they were live on air. And because of this, Awori was jailed for two months.

After his release, he went into political exile in Kenya, where he taught political journalism at the University of Nairobi until 1976 and then travelled around Africa visiting Tanzania, Liberia and Senegal and returning to Nairobi in 1979.

After Idi Amin was overthrown in 1979, Awori returned to Uganda. He contested for a seat in the National Assembly of Uganda, unfortunately, he lost. He later became ambassador to the United States until 1985. From 1985-1987 he served as Uganda’s Ambassador to Belgium until he was dropped by President Yoweri Kaguta Museveni.

When he was dropped by President Museveni, he first went to Kenya and when he returned, Awori started to build up a rebel group operating from eastern Uganda named Force Obote Back Again (FOBA). In one of the news interviews, he revealed that his main agenda was to anger president Museveni’s National Resistance Army (NRA) since it had confiscated his property.

Fortunately, in 1992, he dissolved his rebel group, and in 1993, he met with President Museveni in New York and then was elected to the Constituent Assembly to make the Constitution and as a member of parliament.

During the 2001 presidential elections, he contested and managed to score 1.41 percent of the vote. In 2007, he abandoned his long-time party Uganda Peoples’ Congress (UPC) and joined the ruling National Resistance Movement (NRM).

On 16th February 2009, He was appointed the Minister for Information & Communications Technology until May 27, 2011.

From a rebel leader to minister! Tracing the Museveni - Awori long journey to making peace