by watchdog
in National, News
15 0 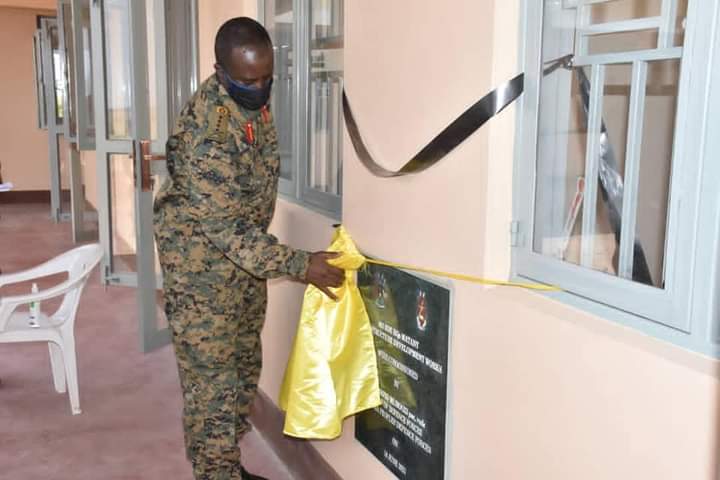 The brigade headquarters constructed by the National Enterprise Corporation and engineering brigade include; a health center III, administration offices, commandant’s house and housing units for other brigade officials and staff plus storage facilities.

In his remarks Gen Muhoozi said that the idea of having permanent homes for brigades that they have always been emphasizing is now bearing fruits. He thanked the Commander Land Forces Lt Gen Peter Elwelu who was the fulcrum of the idea for keeping his words.

Gen Muhoozi used the opportunity to assure the people of Karamoja and Kitigum that the UPDF will continue to ensure peace in the area.

On Karamoja, the CDF added that the intention of withdrawing LDU personnel from the area was the embroilment of the LDUs in clan issues and had hence become part of the problem in the area.

The CDF further called upon the leaders in Karamoja to embrace long term solutions as a means of addressing the security challenges in the region.

These solutions among others include the modernization of the cattle economy to commercial cattle keeping, mining given the presence of marble, education of the human resource in the region, tourism where he noted that Kidepo is one of the most endowed National Parks and these he said have the means of unlocking the huge potential of Karamoja.

The Commander Engineers Brigade, Brig Gen Besigye Bekunda said that this financial year, they have been able to complete a total of ten new barracks including 05 infantry brigade headquarters with a pilot project to develop their capacity to implement infrastructure projects in the UPDF and Ministry of Defence within a short time.

“We are now more than ready to embark on construction of housing accommodation for soldiers.” Brig Gen Bekunda said.

10 Major Signs Your Woman Is Not Satisfied in Bed

10 Major Signs Your Woman Is Not Satisfied in Bed