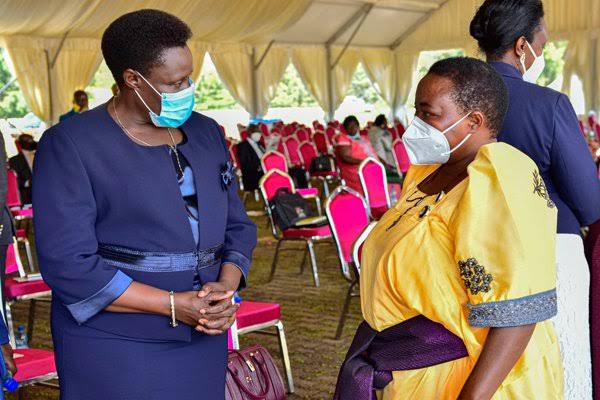 Parliament has on Monday approved the appointment of Maj (rtd) Jessica Alupo as Vice President of Uganda.

Nabbanja the first woman to become Prime Minister in the history of Uganda is the former State Minister for Health in-charge of General Duties.

Alupo and Nabbanja were appointed to the position last Tuesday by President Yoweri Museveni as he named his new Cabinet.

Excitement as Eddie Mutwe, Nubian Li and other NUP members are released on bail

Covid-19: Boda Boda rider shot dead after trying to cross from one district to another

Covid-19: Boda Boda rider shot dead after trying to cross from one district to another