PROFILE: Who is Richard Todwong, the new NRM Secretary General? 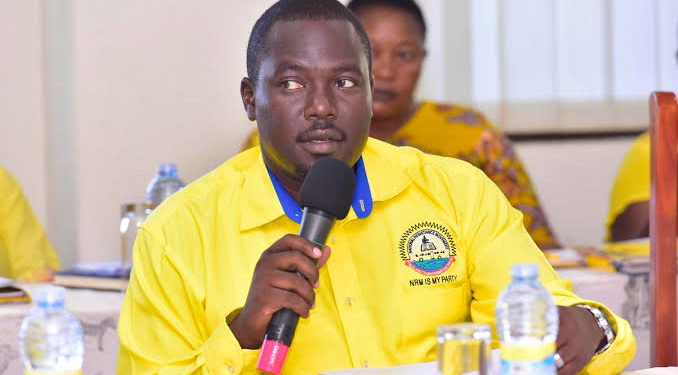 Todwong replaced Kasule Justine Lumumba who was appointed Minister of General Duties in the Office of the Prime Minister.

Before his appointment, the former Minister without portfolio was the party’s Deputy Secretary General.

Who is Richard Todwong?

Todwong was born on 24 November 1973 in Anaka, Nwoya District.

He holds the degree of Bachelor of Arts in Social Sciences (B.A.Soc.Scs.), obtained from Makerere University, Uganda’s oldest and largest public university.

His degree of Master of Arts in International Relations (M.A.Int.Rel.) was also obtained from Makerere. His Diploma in Management (Dip.Mgnt.) was obtained from the Uganda Management Institute. He also holds the postgraduate Diploma in Revenue and Tax Administration.

From 1999 until 2000, Todwong worked as a Revenue Officer at the Uganda Revenue Authority, the Uganda government body responsible for tax collection. From 2000 until 2003, he served as Commissioner at the Constitutional Revenue Commission. Between 2006 and 2010, he served as a Special Advisor to the President of Uganda. In 2011, he entered elected politics by contesting for the Nwoya County Constituency Parliamentary seat which he successfully won.

In 2012, he was appointed Minister Without Portfolio. In 2013, he was given responsibility by the NRM political party to assist the Secretary General in mobilization activities.