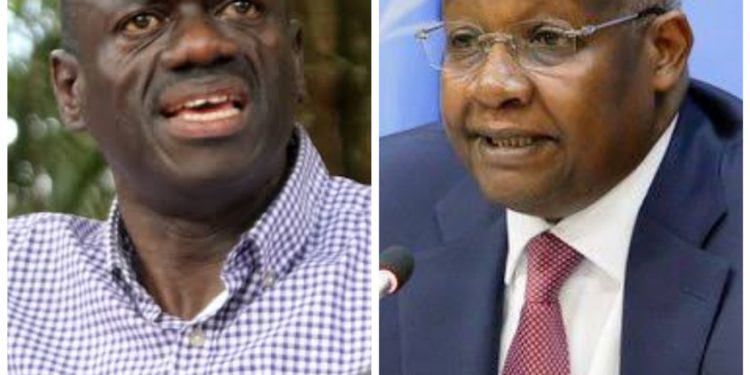 The four time Presidential candidate was speaking in reference to Kutesa’s son Inga Kutesa’s recent appointment as Honorary Consul of Oman to Uganda.

Earlier, Ishta Asiimwe Kutesa, another of the veteran minister’s children was appointed in a similar position to represent Israel in the country.

Besigye also aimed ridicule at the insanely wealthy Ssembabule man for getting his other daughter Shatsi Musherure Kutesa replace him as MP Mawogola North. These, he conclusively suggests are the reasons why there is an urgent need to end the current regime.

‘The Kutesa family of Diplomats; son appointed Honorary Consul of Oman as daughter is appointed Honorary Consul of Israel. Their dad, Sam Kutesa, is the Minister of Foreign Affairs and Father-in-Law of Gen Muhoozi Keinerugaba, First Son & Commander of “Special Forces Group” of Uganda Military. The other Kutesa daughter, Shartsi Kutesa, has been “elected” to replace her dad as MP for Mawogola, Sembabule District. That’s why…, ” Besigye said in a Facebook post on Tuesday.