President Museveni emerged winner of the 14th January polls which Bobi Wine claims were marred by fraud and violence. The electoral process also left over 50 people dead during protests. Most of the victims were shot by security forces. 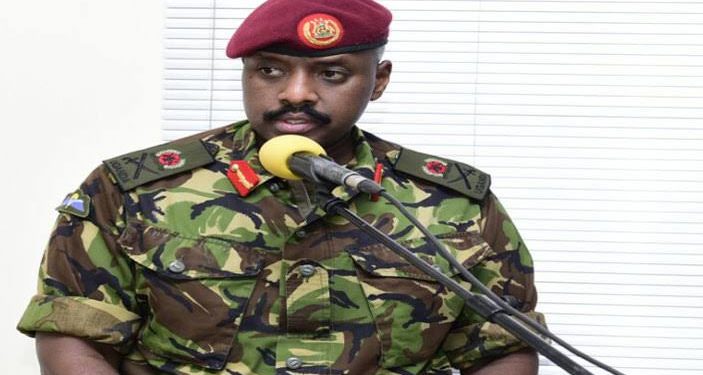 Ugandan senior military commanders, including President Yoweri Museveni’s son Lt Gen Muhoozi Kainerugaba have been named in a complaint to the International Criminal Court, according to The Guardian, a British news and media website.

President Museveni emerged winner of the 14th January polls which Bobi Wine claims were marred by fraud and violence. The electoral process also left over 50 people dead during protests. Most of the victims were shot by security forces.

Bobi Wine’s National Unity Platform (NUP) party has listed more than 600 members and activists said to have been detained. NUP officials believe the true figure is likely to be higher.

“It has been difficult to identify the masked men or vehicles used in the abductions as well as torturers and guards in prison. However, lawyers, campaigners and victims blame the Special Forces Command, an elite military unit, for many of the abuses. The new complaint, also filed on behalf of the outgoing Kyadondo East legislator, will be submitted to the ICC this week,” The Guardian wrote on Monday.

The SFC is commanded by First Son Gen Muhoozi, who is named in the complaint along with several senior officers.

“In Uganda today, the civil function is subverted in favour of the military that patrols all towns and cities,” the complaint alleges. “The military maintains power of arrest over civilians who are held on vague and indeterminate charges.”

Ugandan military spokespersons have repeatedly denied responsibility for any abuses, and Museveni in a national address in February dismissed allegations that his forces had illegally detained civilians, saying the army was “a disciplined force” and that his party “does not kill” its opponents.

Maj Jimmy Omara, a spokesperson for the SFC, told the news website that the allegations against the unit and its commanders were baseless. “There are no abductions. These are normal arrests. Operations here are managed and controlled by the police force so I don’t see where the SFC would be involved,” he said.

Bruce Afran, the US-based lawyer who has drawn up the new complaint on behalf of Bobi Wine, said: “Our request is for [Museveni’s] son to be charged. [Muhoozi] Kainerugaba is the commander of the Special Forces Command, the unit that Museveni himself identified as involved [in the abductions], and as such is responsible for their actions. He can’t just hide under the principle he was carrying out an order.”

“The consistent playbook is that they hold these people and eventually some make statements that are false under duress.”