In Uganda, even when the investor shows all proofs that they are ready to open business the next day, there is an official who deems it fit to frustrate the process for one reason or the other. 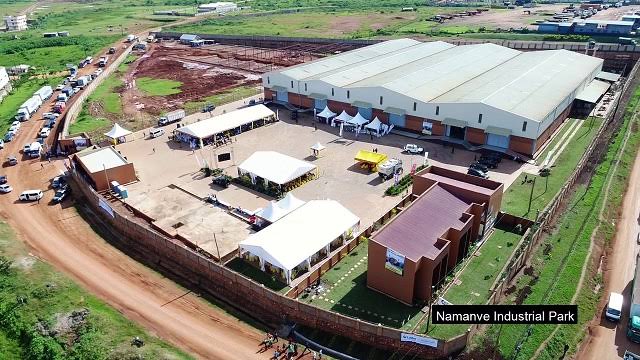 In Uganda, even when the investor shows all proofs that they are ready to open business the next day, there is an official who deems it fit to frustrate the process for one reason or the other.

For that reason, President Museveni has warned ‘small gods’ in government offices who frustrate investors in a bid to solicit bribes, to stop it. He has in the past got some arrested, with the help of the anti-corruption unit led by Col Edith Nakalema. Yet not everyone is following these directives, particularly local government officials.

In Mukono district, one of the local governments which have been earmarked for several industrial parks, the engineer has been singled out for frustrating investors, and this ends up working against the interests of the country, his district, and the people of Uganda.

Engineer Herbert Lutwama, Mukono district engineer has been flagged among officials that sabotage investors, who are ready to set up shop in the country.

Mr. Lutwama, is accused of sitting on paperwork for an investment project in Mpatta sub-county by making it difficult to get assessment approvals from his office.

An investor (names withheld) submitted their paperwork for plan approvals back in November 2020, but documents are stuck on the desk of the Mukono district engineer for the last six months.

The investor’s plans show an assessment of sh5,680,000, which totals shs7,265,052 with other taxes inclusive, had been paid and received by the office of the district engineer. 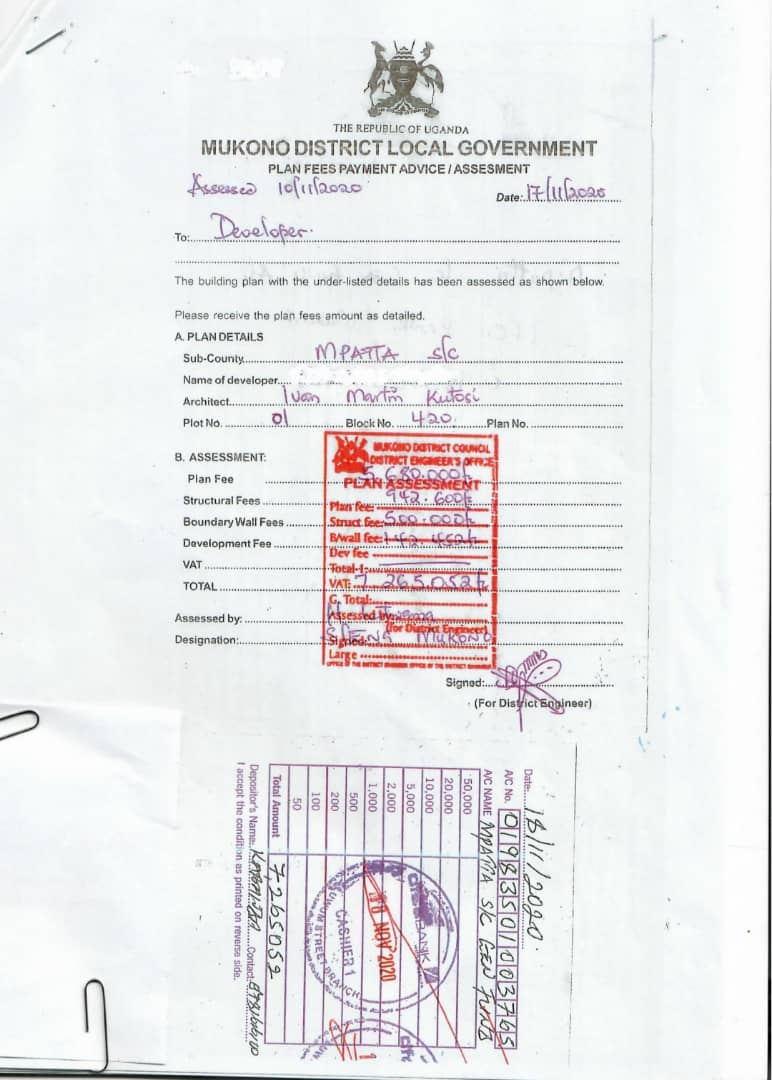 “Most of the investors in Mukono district are frustrated with the way this gentleman is doing his work, and are considering investing elsewhere,” a source told this website.

However, Engineer Lutwama refutes the claims of the Mpatta Investor, saying, he wanted to construct in the lake. In a message to one of our staff, after the publication of this report, the engineer, wrote;  “If the refusing doing the wrong thing is the problem, it is ok,” adding that, “you wanted your people (the investors have no relations with this websites) to construct in the lake because they are investors?”

The government wants to cut down the red tape to give investors ease of doing business in Uganda by introducing one-stop centres for permits, however, local governments still have a say.

Reports reaching this website indicate that investors are furious with Mr. Lutwama for slowing down the process of opening a business in Namanve industrial park. Investors however have filed complaints against the Mukono district engineer, and have called upon the Anti-Corruption Unit and Office of the Inspectorate of Government to look into the conduct of this official.

At a time the country is suffering a shortage of taxes and jobs, slowing down business is almost ‘treason’. For every business, Lutwama frustrates means loss of jobs and taxes to the country – yet he seems unbothered.

Police Crime report: Covid-19 led to an increase in Domestic violence in 2020