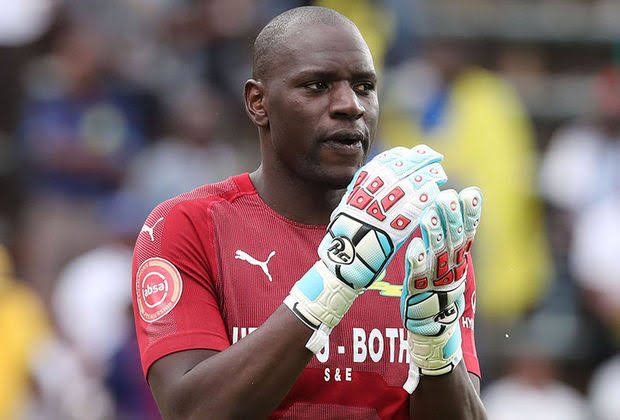 Onyango who has been Uganda Cranes goal keeper for 16 years said on Monday that his decision takes immediate effect.

“I sit here with tears rolling down my eyes because after a lengthy consideration I have come to the decision of retiring from international football with immediate effect,” he said in a Facebook post.

“It is a sad day in my life knowing that I will never wear the jersey of my beloved Cranes in front of passionate fans again. I will now become the number one supporter who wears the jersey watching from the stands or from home. It is through the Ugandan national team that I have grown from a boy into the man and father that I am now.”

The Mamelodi Sundown FC skipper further noted that he didn’t want to retire but I felt it is better to leave good memories and allow the younger goalkeepers to compete for that jersey which he has worn with pride for 16 years.

” For all the success that I have enjoyed in my career I owe so much of it to the national team. It was because of my national team that I got to play against all the best players from across the continent who play in top leagues all over the world. I played at the AFCON finals because of the Cranes. The joy of being at the AFCON finals after so many years was sweet. To sing my national anthem was the greatest joy that I will ever have being the ‘proud boy’ from Uganda that I am.

“I didn’t want to retire but I felt it is better to leave good memories and allow for the younger goalkeepers to compete for that jersey which I have worn with pride for 16 years. Everyone who has worked with me knows how much I enjoyed playing for the national team. My commitment and hard work were never in question. To everyone that I worked with especially coach Micho (Milutin Sredojevic) thank you for the patience, understanding and wisdom that you brought to me.”

Onyango is the second player to announce retirement, following Hassan Wasswa Mawanda who also hang up his boots over the weekend.

Last week,  in a leaked audio, Onyango pinned Fufa president Moses Magogo for being selfish and not caring about the well being of players and probably this is one of the reasons for his retirement.

Over 300 jobs up for grabs at URA, see how to apply