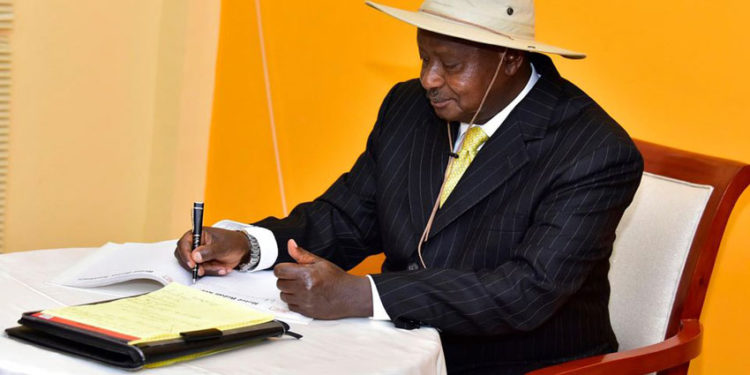 The Deputy Director of the Internal Security Organization (ISO) Taban Amin was on Friday summoned and grilled by Police for his role in a case which an American national lost up to Shs30 billion a few months ago.

The news of Amin’s interrogation was confirmed by Twiine Charles, the CID Spokesperson.

Although no details were given by the investigating authorities,this website has since established that the probe was sanctioned by President Yoweri Museveni after the Spy Master was implicated in the graft.

Our investigations have also found out that Taban Amin’s role in the fraudulent gold deals dates way back when he served as Assistant Director in charge of West Nile.

Museveni felt so disappointed that the man he appointed just last October to the top position had a lot of hidden dirt on him. After contemplating for weeks, the out of options Museveni opted to give up on Amin and hence handed him over to police to be quizzed.

If his role in the scandal is proved by the CID, Amin will most likely get sacked by Museveni and also charged in the courts of law to save the image of the spy organization and the government.

The scam in which Amin is implicated was busted by police some weeks ago, involving one retired UPDF officer known as Let.Enoch Katwesigye, a police officer Martin Bwayo and City Lawyer Simon Peter Musangala. These were charged on February 17 with Money Laundering in the anti corruption court.

Police then said the man hunt for others implicated in the scandal was continuing as many suspects were still on the run.