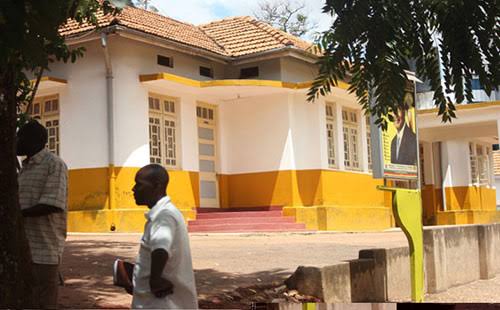 With just days to the 2021 Presidential and parliamentary elections, the National Resistance Movement (NRM) Party is in a spot of bother over non-payment.

For the past one week, a section of media owners and publishers (Radio, Television, Printing and online) have camped at the NRM Party Headquarters on Plot 10, Kyadondo Road, demanding for payment for advertisement and works published to promote candidate Yoweri Kaguta Museveni Tubuhaburwa ahead of the 2021 elections.

They argue that after a prior meeting the Director of Communications NRM, Emmanuel Dombo many went ahead and did advertising and promotion works for candidate Museveni. Their pleas for payment have fallen on deaf ears.

“He (Dombo) assured us that we can work as pay is being procured. However, even after delivering, we are being turned into beggars of our own money. I have camped here for a full week from 9am-5 Pm being fed on lip service,” an online media publisher with Online Media Publishers Association (OMPA) told this publication.
Another said: “We have paced all the corridors chasing our money. What hurts me is that an official at the secretariat told me that if we don’t get paid by Friday (January 8, 2021) we should wait for the 2026 elections and consider our service voluntary,”
In a recent meeting with the online media, Dombo admitted that candidate Museveni was not faring as well as National Unity Platform’s (NUP’s) Sentamu Kyagulanyi. He reiterated the need for a concerted effort to popularize candidate Museveni. “Bobi Wine’s people are allover social media and we need to counter them. This is a special assignment for which we shall reward you handsomely,” he reportedly said.

We have since learnt at the onset of the 2021 elections, Online Media Publishers approached the NRM party with a budget proposal of Shs 2 Billion. It was since revised to Shs 600m but it was still not released by press time.

Emmanuel Dombo asked the media practitioners to exercise patience as they were working around the clock to find payment. “ We are pacing up and down to secure money from the Party Treasurer. We promise that all media houses shall be paid before polling day,” he said.

NRM Treasurer Rose Namayanja was reportedly away on the campaign trail

I have never seen a scared General like Museveni, says Bobi Wine as Eddie Mutwe, Nubian Li are charged with illegal possession of ammunition