Don’t sell your souls to NRM, says Gen Muntu as he rallies Ugandans to vote for him next week 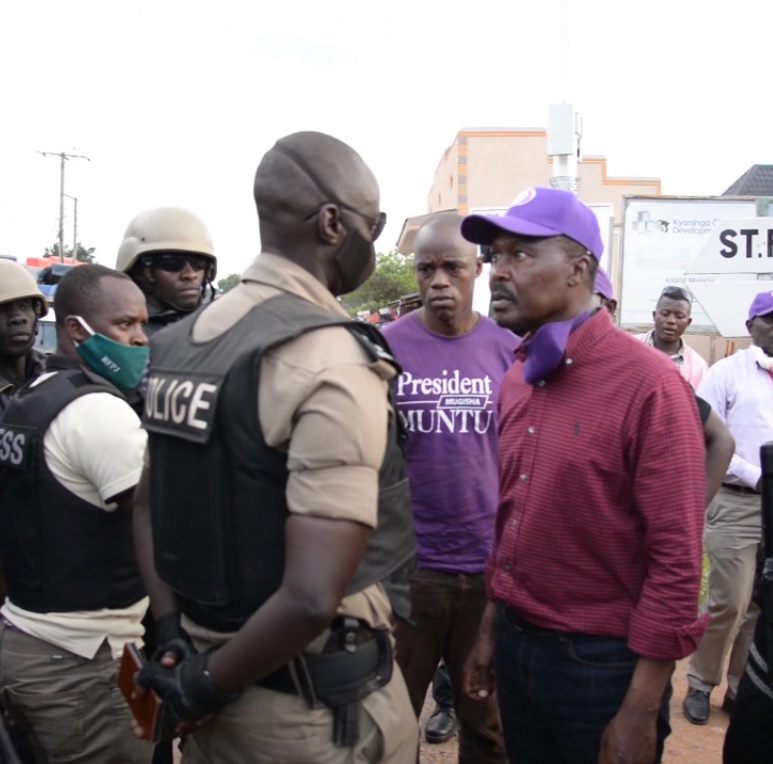 Alliance for National Transformation (ANT) presidential flag bearer Gen Mugisha Muntu has advised Ugandans not to sell their souls to NRM because all the party leaders only care about their well being and keeping themselves in power.

Gen Muntu who is on a campaign trail in Mitoma, Rukungiri and Kanungu districts said on Wednesday that Ugandans have a chance to liberate their country freely by electing leaders with changed mindset and those willing to respect their dignity.

“Fellow Ugandans, we urge you not to accept to lower your self-worth to Shs1,000 or Shs2,000 or whatever amount you will be offered for your vote. You are worth much more, in fact, you can’t be bought! If one leads the country and creates a condition under which people who own chicken, start to believe that their value is less than a quarter of the chicken they own. You know that someone has crushed the self-worth of the people he leads and that cannot be a success but a failure. so vote for people who will bring value to your worthiness,”

He added that Ugandans must look at a leader who is going to recover their dignity because people who have dignity will build their country and the sky will be the limit.

“Through a referendum, Ugandans voted to foster the principles of a multi-party democracy after so many years of forceful conscription into the one-Party system of the NRM. Multi-party democracy has not been given an opportunity to grow and thrive. The operating environment remains highly restricted, politically suppressive and encumbered by both bad laws and overzealous government functionaries. We recognize that strong political parties are vehicles of governance, avenues of leadership training and a source of oversight on the government of the day.”