LIST: Here are the 31 current MPs not returning to 11th Parliament

by Mubiru Ivan
in News, Politics
56 2 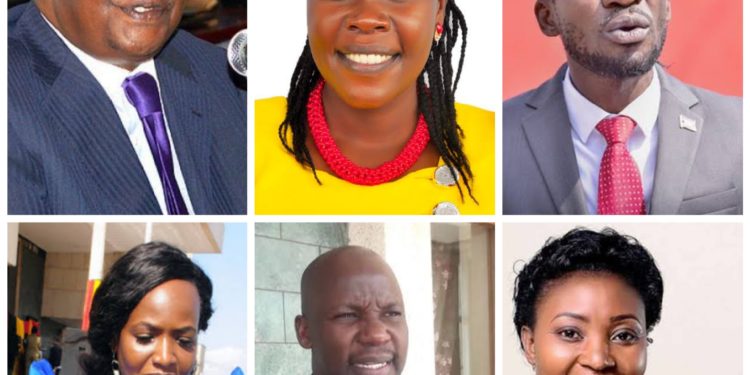 At least 31 Members of the 10th Parliament are not seeking to return to the next Parliament after they willingly exited the race or were defeated in the party primaries and didn’t contest as independents.

Half of the 31 MPs are those that were defeated in the National Resistance Movement primaries while 8 opted not to contest as MPs.

Some MPs who opted out are, Minister of Foreign Affairs Sam Kutesa who fronted his daughter Shatsi Kutesa Musheru, Minister of Local Government Raphael Magyezi who opted out, and Mbale Municipality MP Jack Wamanga Wamai who decided not to contest.

Others are; Florence Namayanja, the Bukoto East MP who has opted to contest as mayor, Winnie Kiiza, the Kasese Woman MP who joined the Alliance for National Transformation and Judith Babirye, the Buikwe Woman MP who traveled abroad.

Of the five youth MPs, only two, Ishma Mafabi the Eastern Youth MP and Oscar Omony the Northern Youth MP are not returning while others are seeking to contest for directly elected or woman MP seats.

Robert Kyagulanyi alias Bobi Wine will also not be returning to parliament after moving goal posts to contest for the highest office on land to end President Yoweri Museveni’s 35 year rule.

OWEYEGHA AFUNADUULA: EC should publish in media names of its officials who want to steal Museveni's votes