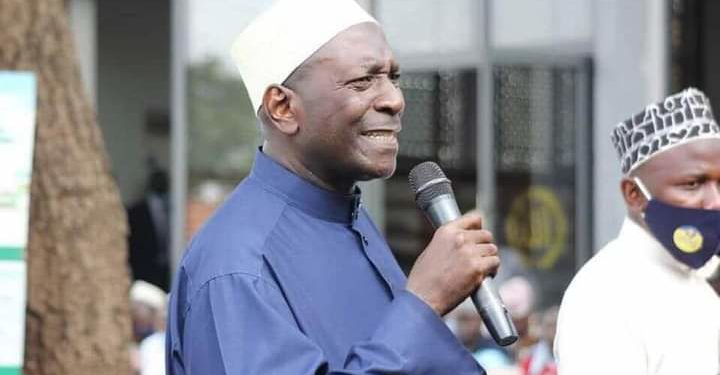 Nearly a week after the death and subsequent burial of popular Muslim cleric Sheikh Nuhu Muzaata Batte, what really brought the life of the militant Muslim preacher to an end remains a debatable mystery.

Muzaata died on Friday 4 from International Hospital Kampala[IHK] where he had been admitted for close to two weeks.

His demise would ignite a lengthy debate on its cause with some sources pointing a finger at the government in a possible poisoning claim.

National Unity Platform [NUP] supreme leader Robert Kyagulanyi Ssentamu clearly objected to the reports by family that their loved one died due to natural causes. He instead insinuated that the fierce regime critic could have been murdered and the family threatened to report the opposite by what he referred to as ” a call from the big man.

But Museveni’s very powerful Aide Gen. Proscovia Nalweyiso has come up with a completely different and shocking narrative on what was the cause of the cleric’s death.

Being the woman that was at the centre of State House’s involvement during the fallen Sheikh’s troubled last days at International Hospital Kampala facility, through whom President Museveni coughed a whooping 84m in hospital bills, Nalweyiso’s claims cannot be taken lightly in regard to Muzaata cause of death.

In interview with the state-owned Bukedde newspaper, Nalweyiso says it is clearly known that Muzaata succumbed to Covid-19 and she goes on to fault the authorities at IHK for keeping the matter a secret from the public yet they very well knew it wouldn’t help in curbing the spread of the very infectious disease.

A seemingly disappointed Nalweyiso argues that hiding Covid-related information, regardless of who the victim is, makes the community vulnerable to the spread of the infection.

As for Kibuli faction General Secretary Sheikh Mohammed Kigozi Setyabule, he regrets that they were only told that the motor mouthed preacher died from pneumonia and that had they known prior that he it was Covid-19, they wouldn’t have gone ahead to organize a public function as they did since it exposed the public to a possible infection.

On their part, IHK argues that they have a policy in place that bars them from exposing any patient information to the public and that it’s in that light that no such information was released publicly but rather to family, according to the Institution’s Spokesperson Peter Mulindwa.

The fact that not even Supreme Mufti Siliman Kasule Ndirangwa was allowed to speak to Muzaata while still confined in the hospital’s ICU clearly collaborates with Nalweyiso’s revelation.

Family members equally protested having been denied access to their loved one’s death certificate during the 3rd Duwa prayers before a one Abdul, a close friend to the deceased revealed that it was him that the government had handed the certificate to and would quietly avail it to a select committee at Kibuli.

On Wednesday, a group of Muslim leaders from Kibuli, led by Deputy Supreme Mufti Mahmood Kibaate, stormed IHK demanding for an explanation as to what killed their man.

Some family members went along but were all overwhelmed by widow Kulthum’s insistence, now fortified by Nalweyiso’s submission, that the 58 year old Sheikh died of Covid-19.

Expelled Ingrid Turinawe reveals why Museveni is better than FDC

Expelled Ingrid Turinawe reveals why Museveni is better than FDC