by Mubiru Ivan
in News, Politics
40 1 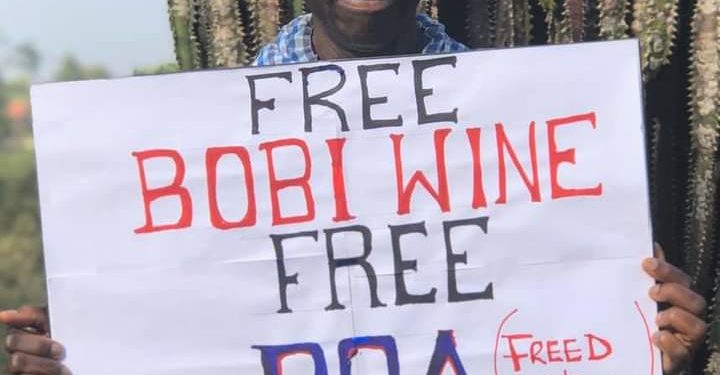 Dr Besigye with a #FreeBobiWine placard

Bobi Wine was arrested on Wednesday by police as he tried to stage a campaign rally in Luuka district. Police accused Bobi Wine of flouting the Covid-19 regulations by gathering more than 200 people on his rally.

The Kyadondo East MP is currently being detained at Nalufenya prison in Jinja.

Bobi Wine’s arrest sparked off deadly protests in several parts of the country yesterday that left atleast three people dead and 38 injured. Since then his supporters, artistes, activists, opposition politicians among others have been calling for his release.

Besigye, a former Forum for Democratic Change (FDC) president is among the politicians who have joined the #FreeBobiWine campaign.

In his message on Thursday, Besigye demanded that the presidential candidate be set free before calling on Ugandans to take action to see an end on captivity.

IAN ORTEGA: We must have the humility to interrogate violence without judging it

IAN ORTEGA: We must have the humility to interrogate violence without judging it