The Democratic Party (DP) president Norbert Mao revealed that he is being intimidated by a Facebook user who threatens to kill his whole family if he doesn’t rally behind Robert Kyagulanyi alias Bobi Wine in the forthcoming general elections.

“This week I have been inundated by more threats from political extremists who want to play God. The one below is but a sample of the most ignominious. Most probably it is from a person who needs counseling and doesn’t want to take responsibility for his life,” Mao said on his social media on Saturday.

In a Facebook message to Mao, the person whose name is in Arabic, told the presidential hopeful that, ” We are monitoring movements and meetings with NRM but fail to nominate Bobi Wine you will know the power of the people. The whole Kampala and other cities will be burnt to ashes. None of your family members will remain alive, those in Uganda and abroad. So be careful.” 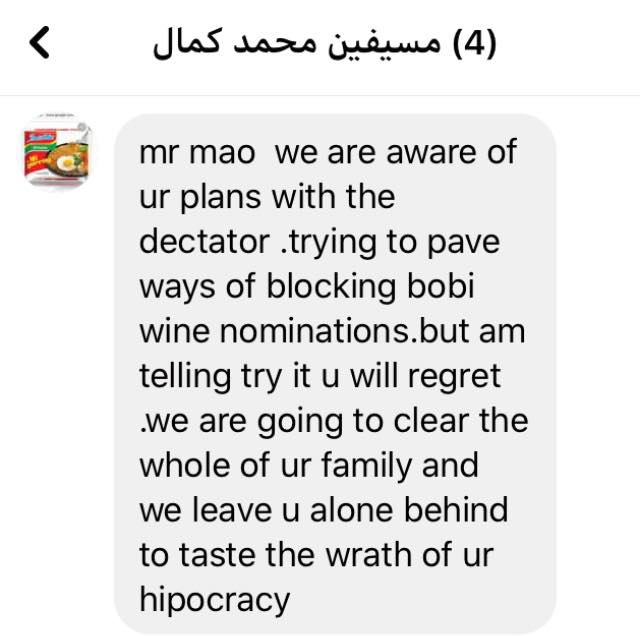 However, according to Mao, he has lived in very dangerous situations and currently nothing can make him live  in fear.

“Like all those who speak the truth and live by their convictions, I have received hate messages and threats to myself and those close to   me. These threats have followed me right from my days as a student. My ideas are more potent than any threat. I recall during my 1990 Students Guild campaigns I was advised to step down or risk death. In 1996 an army officer in Gulu told me I would never step in parliament but instead go to mortuary. Sadly, the officer arrived in the mortuary before me,” he said.

“Nevertheless, I have reported the matter to the people concerned at Facebook.  I call upon my supporters never to descend to this low level of primitive threats. Our campaign is not about empty promises. It is about values and vision.”

DENIS JJUUKO: The car industry is ready for the taking

You're cowards! Bobi Wine angry at Police for defacing his campaign posters