by watchdog
in National, News
13 1 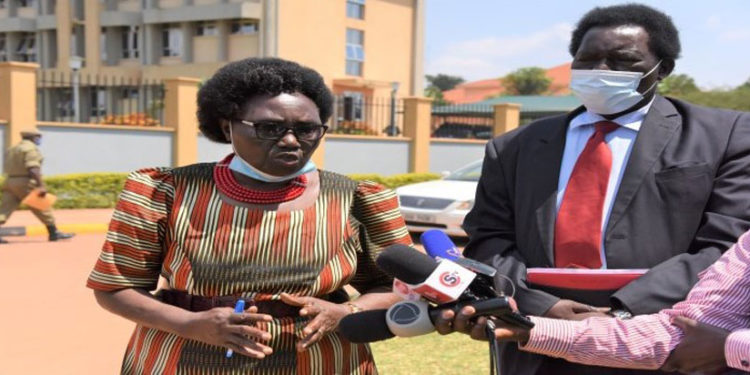 At the height of the enactment of the Constitution Amendment Act, 2017, which deleted lower and upper age limits for presidential candidates, Mr Tubanone dispersed a consultative meeting convened by the Lango Parliamentary Group over the then impending amendment.

However, the Director of Public Prosecution found no fault in Mr Tubanone’s actions, prompting the MPs to seek redress within the Police’s internal disciplinary mechanisms.

Mr Tubanone was charged on two counts of unnecessary use of excessive force contrary to the Police Act.

He was also faulted for arresting Ms Ogwal, a woman, contrary to the Police’s Standard Operating Procedures (SOPs) which require a female police officer to arrest a female offender.

He pleaded guilty to both counts.

Court presided over by Senior Commissioner of Police (SCP) Charles Birungi at the Police headquarters in Naguru, a Kampala suburb, handed the ruling in the presence of MPs Ogwal and Abacacon.
“…the team ought to have applied proportionate force to the resistance [if any] and the firing of teargas was uncalled for. The defaulter did mot waste court’s time by pleading guilty and was remorseful,” he said.

MP Ogwal was dissatisfied with the ruling.

“I am happy that the accused has pleaded guilty because the evidence available was overwhelming; I am, however, unhappy with the decision not to consider charging the officer with attempted murder because it was clearly a premeditated attack meant to kill me,” she said.

Hon. Ogwal said her husband, who has had a long history of asthma, had to move in and out of hospital after inhaling teargas from the fracas.

SCP Birungi, however, said the Court’s powers are defined and limited.

Police suffered condemnation in the Supreme Court’s judgment on the consolidated appeal against the enactment of the Act.

A Police message issued by then Assistant Inspector General of Police Asuman Mugenyi directed all units not to allow MPs attend consultation rallies outside their constituencies, an act that was condemned by court.

Mr Tubanone said he will appeal the sentence.