LIST: 14 Museveni Ministers who have been defeated heavily in the NRM primaries 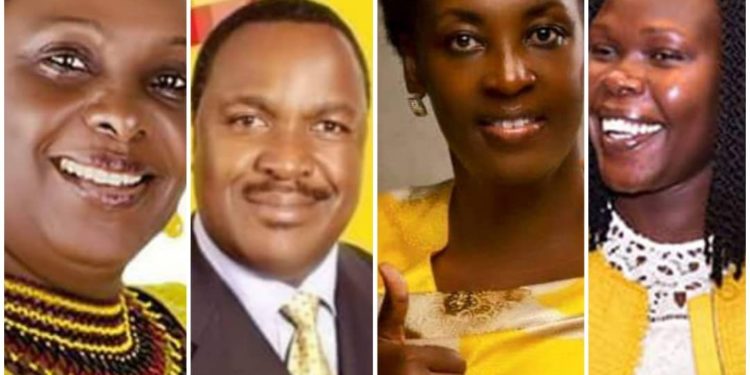 Some ministers in President Yoweri Museveni’s government will forever live to remember the NRM primaries that were conducted on 4 September, 2020 following their defeat in the party elections.

The elections which were marred with chaos and violence in some parts of the country left a good number of incumbent MPs and ministers heavily wounded after being defeated by new blood to become party flag bearers ahead of the 2021 general elections.

One of the notable ministers who suffered defeat was State Minister for Investment and Privatisation Evelyn Anite who lost to Dr Charles Ayume in Koboko Municipality.

“We have now overcome the first milestone in the journey and I have now been officially declared the winner of the NRM Primaries for Koboko Municipality, I thank God, the people of Koboko for your trust, and Uganda for the support extended to me and my family,” Ayume said after trouncing Anite.

Here are the 12 Ministers who lost in yesterday’s NRM primaries;

9.Molly Kamukama (State Minister for Economic Monitoring in the Office of the President) – Kazo Woman MP