by Catherine Apolot
in National, News
11 0 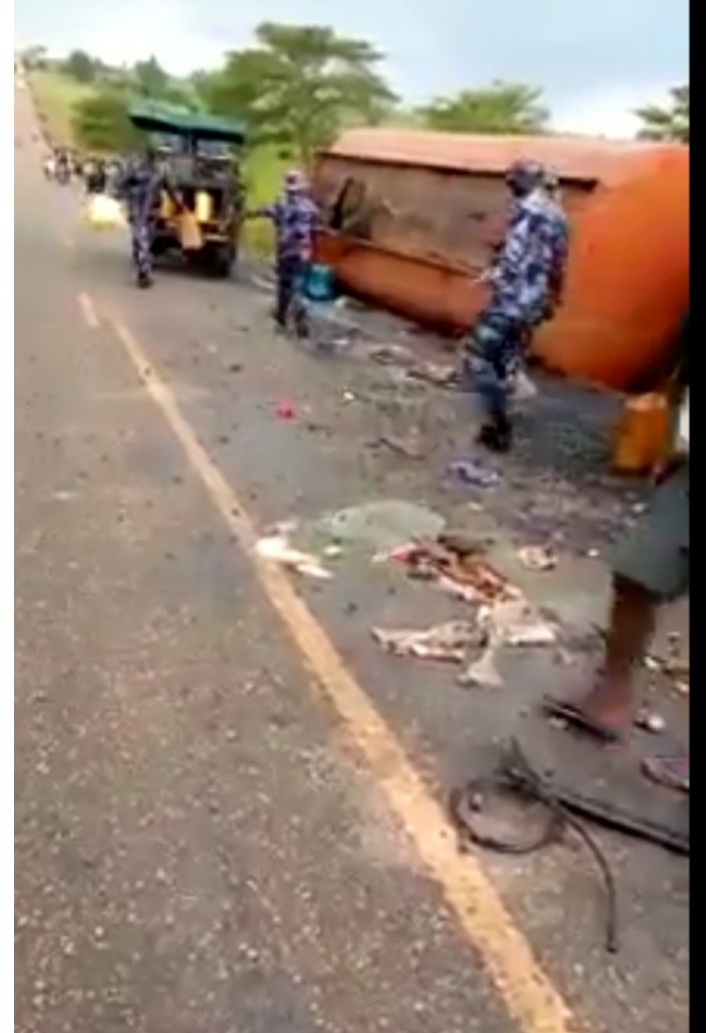 The Territorial Police in Aswa Region is actively investigating five police officers, who were captured on camera siphoning fuel out of a tanker that fell on the roadside recently.

Police Spokesperson Fred Enanga says the preliminary information indicates that on the 29th August 2020, their officers responded to a call from the Commander Integrated Highway Patrol from Karuma – Pakwach Highway that a fuel tanker reg. no. CGO-1296AA – 06/CGO1277AA – 06 carrying petrol from Eldoret (Kenya) enroute Uganda to DRC overturned at Wipolo, Agung, Anaka sub-county along the Karuma – Arua highway in Nwoya district.

“A good amount of fuel spilled over due to the accident, presenting a danger to other road users and people from the immediate neighborhood,” Enanga said in a statement on Friday.

“Although our initial response team from the Integrated Highway Patrol helped to secure the scene, they were captured on camera siphoning fuel out of the tanker. A Joint Security Re-enforcement Team was further dispatched from Nwoya and the scene effectively secured and condoned off to prevent or minimize exposure. This enabled the transporters to offload and transfer about 17000 litres of fuel into another fuel tanker under registration number CGO-918200-07 and CGO-33800AA-07.It is the course of investigations that 5 officers from the Integrated Highway Patrol at Agung detach who responded first, were arrested. ”

Enanga added that the officers who have been charged with discreditable conduct, theft and conspiracy, are being detained at CPS Nwoya, pending court action.