by Allen Kisakye
in News, Politics
5 0 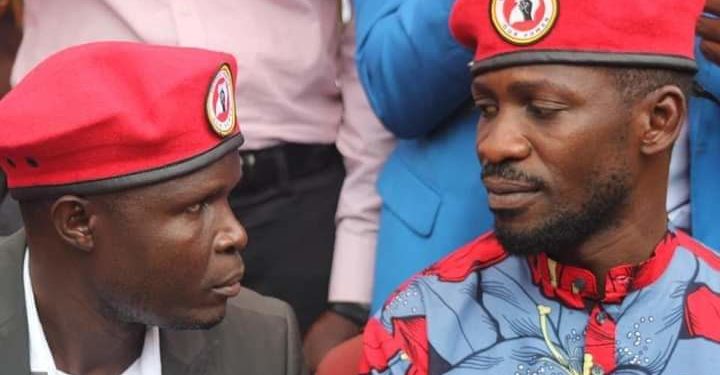 People Power which recently metamorphosed into National Unity Platform (NUP) was surprised by Mayinja’s visit to the political Party’s headquarters in Kamwokya on Thursday.

Looking small and out of place, Mayinja took on the microphone, explained himself thereby requesting Bobi Wine and his loyal fans to forgive him for betraying them.

In his defence, the ‘bunkenke’ song maker said that he only went to meet Museveni to collect some crucial information from him.

“I met President Museveni and asked him if he still has plans for the country but let me tell you the truth. having a one on one with grandpa, it was clear to me that he no longer has plans for the us. I apologize for accepting to meet Museveni but I belong here, I am so sorry for offending you my people,” Mayinja said.

The singer further denied receiving a ‘fat’ envelope or car from the President, and assured NUP fans that he didn’t make a return because he wants to stand for any political position, but instead to assist the party into reaching its set goals.