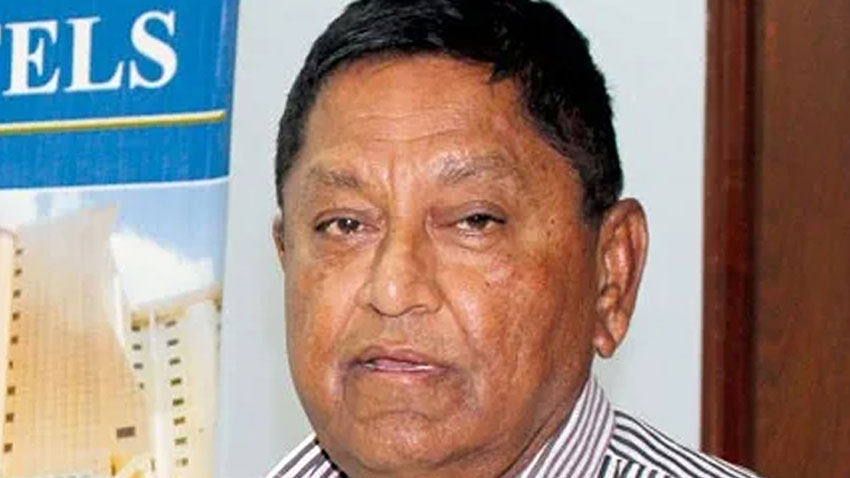 The step children of tycoon Karim Hirji have petitioned the Speaker of Parliament Rebecca Kadaga alleging that the Attorney General William Byaruhanga and lawyer Masembe Kanyerezi of MMAKS Advocates colluded with the businessman to fraudulently grab properties that belonged to their late mother hence denying them inheritance.

Ziba Nanyonga Hirji alias Charm had three children before she got married to Hirji in 1985. Linda Birungi, the eldest daughter, is the petitioner on behalf of her siblings; Ronnie Birungi and Anita Birungi.Charm died on February 8, 2004 from Cromwell hospital in London and was buried at Kololo cemetery. She left several properties worth billions of shillings both in Uganda and the UK.

“The attorney general is behind this fraud, how could they change her will just a week before her death. We are asking the speaker to fight for us so that we get what belongs to us,” the children said in their petition to Kadaga.

They also accused the businessman of taking all deposits estimated at $10m on Charm’s current and fixed deposit bank accounts in Barclays Bank now Absa Bank, ICBC Bank in UK and the defunct Imperial Investment Bank that belonged to Hirji and Allied Bank. They want Kadaga to compel Bank of Uganda to investigate the money on these bank accounts.

Byaruhanga is alleged to have travelled to London during Charm’s hospitalisation and obtained her signature which they used to sell off her properties in London and grab deposits on her London bank accounts.

“Parliament should help investigate our mum’s property that was transferred five days to her death. Mum was in coma and couldn’t understand what was happening. She had started taking strong medicine that impaired her judgement four months before her death,” the children say.

The children had filed a case in the Family Division of the High Court but they say it has not been very helpful so they want Parliament to intervene.

“We even went to the Bamugemereire Commision (on land) but we didn’t get much help,” the children noted.

The body controls the Ismaili community of which Hirji is a member. The children also wanted Charm’s remains exhumed to establish the cause of her ‘suspicious’ death.

In the case filed on December 31, 2015, the trio accuse Hirji and his friend Joseph Ssempebwa of transferring the deceased’s property into their own names as absolute owners, misappropriating monies from both her accounts and proceeds from her life insurance policy.

“We have over the years watched with tears as Karim Hirji continues to sell property after property with no shame and dignity,” Birungi’s petition partly read.

Linda urged the Aga Khan national council to prevail over Hirji to have dignity for himself and for the Ismaili community.

“We may never succeed and continue to be deprived of any benefit from the estate of our late mother, but for as long as we live, the pain of betrayal will forever remain in our hearts,” she wrote.