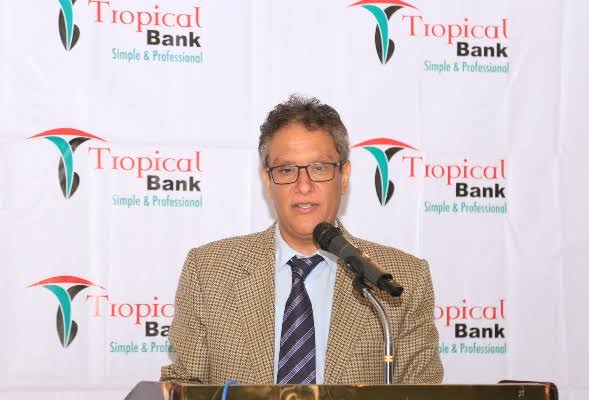 Social media was on Monday awash with media reports that a number of top officials at Tropical Bank had called it quits over internal fights for top jobs within the bank management.

It was reported that those who handed in their resignations included the Executive Director Denis Muganga Kakeeto, Hussein Sentamu, the Head Credit Department and a one Maurice the head of operations.

“There are two groups, the one that is led by our Managing Director (MD) Abdul Aziz Mansur and this one that has been forced out,” a source told one of the local news websites.

However, we have established that the top officials did not resign but rather fired over alleged fraud.

According to New Vision newspaper, it’s just the manager human resources, and the managing director who are said to have kept their jobs after a spate of exits at the embattled bank.

“The individuals were fired for fraud,” the highly placed source said.

The bank which first opened in the country in 1973 as Libyan Arab Uganda Bank fell below the required minimum capital by sh3.8b according to the 2019 banks audited results.

Although Bank of Uganda said the bank was recapitalised, the latest exits cast a shadow on the bank’s operations.

Commercial banks are expected to have at least UGX 25 billion as minimum capital. With the bank under capitalized and unprofitable – it made a loss of UGX. 23.9 billion in 2019 from 5.7 billion in 2018.

According to KPMG, an audit firm that audited the bank’s accounts, Tropical bank’s situation points to the fact that “material uncertainty exists which cast significant doubt on Tropical Bank Limited’s ability to continue as a going concern” A going concern is a business that is assumed will meet its financial obligations when they fall due.

Tropical bank is 99% owned by Libya. The bank was in 2011 – at the height of the uprising that ousted former Libyan leader Muammar al-Gaddafi – handed over to Bank of Uganda after a resolution by the United Nations Security Council to declare a freeze on all Libyan assets in foreign territories.

In 2018, the bank’s then managing director Kreshi Sameh Mahmud was terminated and ordered to handover office immediately. Abdulaziz was appointed in the position.