Robert Kyagulanyi aka Bobi Wine, the Kyadondo East MP and leader of the People Power group has revealed how he will defeat the three decades leader of Uganda, Yoweri Kaguta Museveni in the upcoming 2021 elections.

Speaking to The East African’s journalist, Charles Mwanguhya Mpagi, Bobi Wine shared his reasons for standing against Museveni after 35 years in power and how he’s going to defeat him.

Bobi says he desires to see a “free Uganda that offers equal opportunity, equal protection and equal punishment to everybody regardless of your background, tribe, ethnicity or gender”, and has teamed up with long time opposition leader Dr Kizza Besigye, to tap into into his experience.

Bobi draws inspiration from countries where incumbents have been defeated such as Ghana and has dismissed naysayers arguing that he has no experience in politics.

“This nation is not going to be run by an individual. It will be run by institutions.” He said.

“I am not presenting myself as an all-knowing leader but as a good manager who will source talent that will be put to use. We have many intellectuals here and abroad who have been silenced or deliberately keep quiet who are not taking up the mantle to transform the country and that is one of the reasons I am here.”

Unity is key
The presidential hopeful says Opposition unity was key to his success. He says, this “would mean putting aside personal, tribal, ethnic, religious and political party interests to put an end to Museveni’s rule.”

Bobi is building an alliance with Dr Kizza Besigye and other opposition forces, although he’s aware that things may not turn out as expected.

“God willing we shall succeed.” He adds.

However, the People Power maestro says, “Robert Kyagulanyi will be on the ballot because as we speak, the young people of Uganda who are over 85% of our population want to take up the mantle. This is a generational fight which is however not limited to our generation.”
Bobi says Dr Besigye has been standing for four times, and “Ugandans want to try something else, not to write him off.” He told the East African newspaper.

Bobi Wine’s plan when he captures power is summed up in five core principles.

“The Rule of law, constitutionalism and human rights, revamping our education, and health care systems, Land and natural resources and national unity.”

Bobi explains the he has spent the last two years “awakening people, sensitising them to register to vote and transforming them from supporters to voters.”

Bobi says what makes him different from past contenders against Museveni is that “None of them has ever fronted an idea of the people of Uganda. Each one has fronted their grouping. In the past, there was a big disconnect between politics and the people of Uganda which we have successfully capped.”

The musician turned politician says his strategy to defeat election malpractice and fraud by the regime involves “overt and covert” measures.

“We have and continue to sensitise our people who are now ready to massively vote Museveni out and not just voting him out but to stand firm and assert their voice and protect and defend their victory. 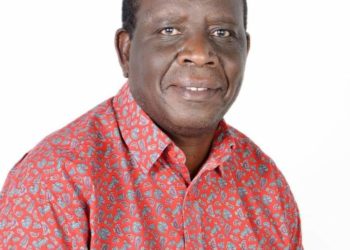 Are NRM strategists thinking strategically on the issue of NUP and Kibalama? May be! In my opinion there is some...

In any organisation there are instances when all the leaders at various levels are bound by collective responsibility. The NRM...

Ministry of Health PS Atwine back in office after CID visit to record statement misappropriation of Shs6.5bn