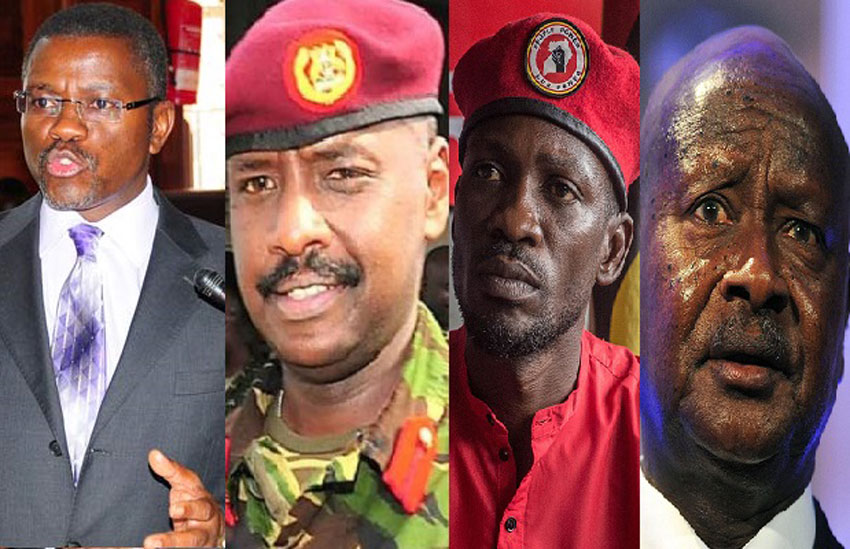 In recent days, Katikkiro Charles Peter Mayiga has given interviews to media houses as he marked seven years as Prime Minister of Buganda Kingdom which is Uganda’s most vibrant cultural institution.

The interviews which were well watched by both Buganda loyalists and non-Baganda have endeared the Katikkiro to some of the Kabaka’s subjects and other Ugandans as well. Some even suggested that he should consider an attempt at a presidential election as soon as Kabaka Ronald Muwenda Mutebi kicks him out of the Katikkiroship.

When the issue of his rumoured presidential ambitions came up during the interviews, Katikkiro Mayiga simply repeated his known position that anyone can be a president because what matters are qualities. He also neither denied nor confirmed harbouring presidential intentions.

“Of course leading Uganda can be done by even you. If you are asking me if I have the qualities to be president, I think I do have them. But at the moment I have got enough on my plate. That’s the answer I give everyone,” Mayiga told NTV Uganda’s Patrick Kamara.

“Today, I cannot run the kingdom and then build up ambitions for the country. I am running the office of the Katikkiro and I am trying my best. I don’t know if my best is good enough but that’s what I am doing.”

Mayiga also suggested that he couldn’t endorse anyone for president because it could bring division among the Kabaka subjects.

“The dynamics in politics differ from country to country. In Uganda we have not changed the president for 34 years and I do not think that has got anything to do with Buganda. Secondly, I do not think the point is having a Muganda as president; it also has to do with the competence. For me, if we get a competent Muganda, it would be a welcome thing but I do not want a Muganda in name. It must also go with the competence of the candidate. Binaisa was a joker… The time for a Muganda to be president will come.”

In another interview with Urban TV, Mayiga said, “I am not going to endorse NRM, FDC, People Power, or any other party. If I endorse DP, how am I going to deal with those of NRM yet they are all subjects of the Kabaka. If for example I endorse People Power and Honourable Kyagulanyi, how do I deal with other people some of whom are my friends?”

“We have our interests as Buganda that are permanent and summarised in Ensonga Ssemasonga Ettaano (the five aspirations). My job is to bring everyone together. Let a politician who wants our support say that they support Buganda’s aspirations. Let MP Robert Kyagulanyi, the People Power leader stand up and say ‘I support the five aspirations.”

Since the interviews aired, analysts haven’t stopped wondering why Mayiga would refuse to back Bobi Wine if all ethnic Baganda backed him as their sole candidate. For example, most vocal Baganda in the Democratic Party (DP) have been tearing up the party to ensure that Bobi Wine overshadows President General Norbert Mao and wins the flag for DP.

The other issue is why Mayiga thinks the time for a competent Muganda presidential candidate has not yet come. Does he think Bobi Wine is not capable enough? Would institutions not help Bobi run government? The extremist anti-Mayiga commentators even think the Katikkiro is jealous of a younger Muganda in Bobi Wine who has suddenly hit the political stage and risen so fast.

However, as arguments continue on what Mayiga thinks about Bobi Wine, some analysts have predicted both President Yoweri Museveni and his son should be worried. Museveni has been president since 1986 and some believe he is planning to ensure that his son and advisor Lt Gen Muhoozi Kainerugaba succeeds him. Although Museveni can easily beat Bobi Wine and Mayiga in a presidential election, the hardest task could be helping his son to win if either Bobi or Mayiga (or even both as running mates) were candidates in the same election.