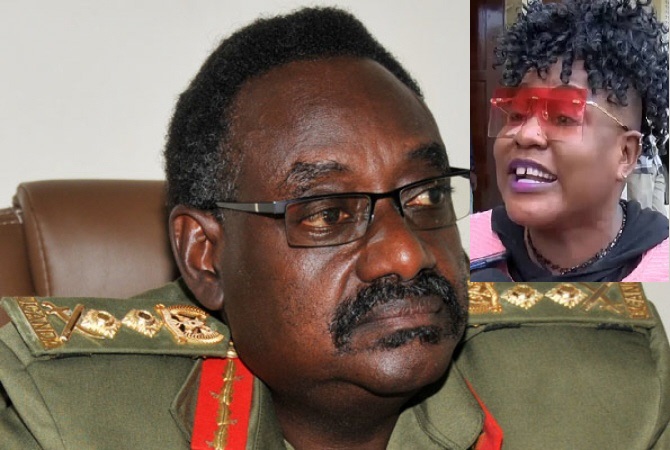 During her Urban TV Full Blast show, Full Figure real name Jennifer Nakanguubi exposed her trouble with English when she mispronounced the word ‘ideology’ and refused to be corrected, insisting it was ‘indaologye’.

One of those who criticised Full Figure was Daily Monitor contributor Ivan Okuda who captioned the 27-second clip, ‘Fresh out of the oven NRM new recruit on why they support Museveni. It’s not because of biology but… ”

But Gen Sejusa blasted Okuda for being ignorant of how political movements work yet he was posing as a member of the elite class.

“I would laugh if I didn’t know better! Maligning these young people for lack of education is a STRATEGIC mistake! Peasants have been the makers and breakers of political power, from Russia, China, Latin America, Africa, our own Luweero war, etc! If not MISUSED by leaders!” wrote Gen Sejusa who has since fallen out with NRM and President Museveni.

“Most successful revolutions in Third World were peasant based. May be ‘illiterate,’ but a formidable force! So it’s criminal on the part of those seeking to emancipate (USE!) them not to equip them with basics! If not equipped, they become scum of society! Lumpens!

The wealth of Africa is its natural resources, so they say. However, every development scholar would tell you, true wealth...

Engineers tipped on how to ensure quality delivery of infrastructure projects

Sex scandal hits Kibuli SS as headmaster is accused of preying on female students, infecting them with HIV