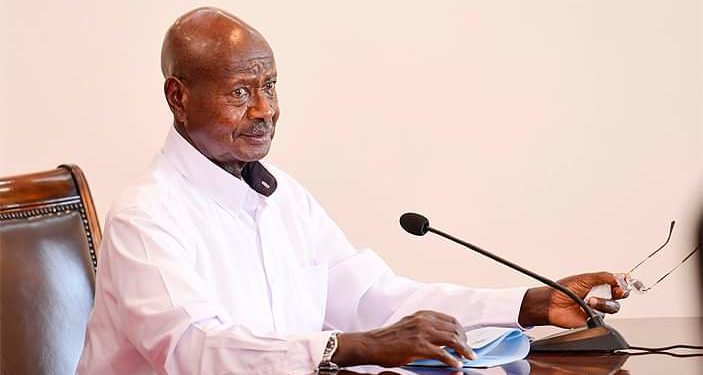 Mr Museveni who was giving the COVID-19 update to the nation from Nakasero State Lodge, said, the cash has “legal and constitution issues”. He advised MPs to donate the money to the district covid-19 taskforce to come out of the “trap”. The president however threatened that those who don’t handle over the money to the chief administrative officer (CAO) will be made to pay it back.

There has been a controversy of each MP getting Sh20 million in the name of empowering them to fight Covid-19 in their constituencies. The money was passed by MPs as part of the supplementary budget to fight Covid-19 in Uganda. It emerged the sh10 billion was deducted from the ministry of Health initial budget of sh105 billion.

Museveni said, this was diverting Ugandans from focusing on the fight against COVID-19.

“There is a moral issue. It is immoral for MPs to give themselves money for personal use when the country has this problem.”

He said he has spoken to Speaker Rebecca Kadaga about the matter and have agreed that MPs should donate the money to the district taskforce.

“Go and give that money to the CAO, who is the accounting officer” said the president.

Kadaga has been a strong defender for this controversial money grab, which has been challenged in courts of law by Ntungamo Municipality MP Gerald Karuhanga. Courts ruled that money be not disbursed until the case has been disposed of. However, parliament made sure money reached MPs’ accounts before the ruling was made.

Museveni warned that those who use the money on personal matters will reimburse the money. And those that purchase food for constituents will have to give accountability to the Auditor General.

“I invited the Speaker and told her that you people have put yourselves into a trap and you must get out of that trap. Don’t spend that money on yourself,” Museveni told the country. He said the issue of sh20 million should not distract Ugandans from the fight against Covid-19.

He said MPs have been incorporated into the district taskforce to play a role because they feared their rivals were on the ground doing charitable work.

Museveni advised MPs that if they take the money to the district they will limit the damage.

But if any of them failed to account for the money, Museveni said, it will be deducted from their salaries.