by Andrew Baba Buluba
in News
49 1 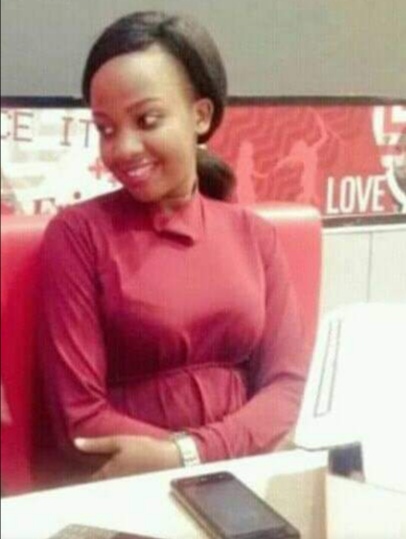 Does age really matter in politics? We bring you one of Uganda’s youngest Municipal Councillor and MP aspirant for Bugiri District.

This is Kagoya Asiinah, taking us through her political journey.

Following the metamorphosis of pop star Robert Kyagulanyi Ssentamu into a high grade political ranking politician in the country and contender for the Presidency, there has been a popular debate on whether age is an important factor in politics at any given level. 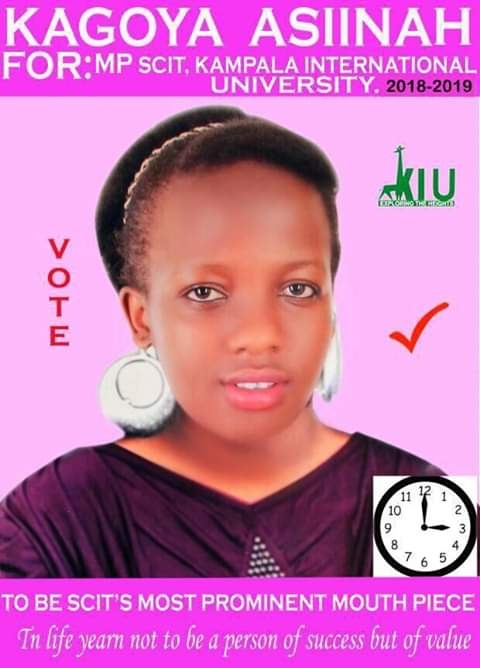 We talked to Honorable Asiinah Kagoya, who is arguably the country’s youngest politician at the level of the Municipality to take us through her political journey.

Kagoya Assina was born on 13 October 1997 in Bugiri Town Council. She rose from a very humble background attending local schools in Bugiri until she made it to University. She has graduated with a bachelor’s degree in information technology.

In 2016 when General elections were conducted, she was in her senior six vacation when she got an idea of serving her people. She successfully contested to represent the youth at Bugiri Municipal Council.

Surprisingly, the youthful Municipal Deputy speaker says hers was the first political victory to be celebrated in her family as there was no political history from her most immediate relations.

At that time, the Town council had been granted a Municipal status which wouldn’t be approved until after about four months after her election.

On July 1 2016, Bugiri became a functional Municipality and the Town Councillors formed the new Municipal Council.

Two years later, the electoral area was divided in two Divisions and she had to make a choice between retaining her position as a Division Councillor, or resigning to seek re-election onto the Municipal Council where she chose the latter.

She was voted and resultantly became the new Municipal legislative body’s Deputy speaker, a position she holds up to now.

At the same time, she was admitted at Kampala International University where she was appointed to the University Guild as Minister of Health.

She says dual experience at both the Municipality and Guild Council helped her a lot in conceptualising things which always made her stand out in whatever she used to do.

“The Municipality experience gave me confidence and made me more informed among my fellow cabinet members as my submissions were always more of practical than experimental. As a result, I saw myself being delegated with more work from the Guild which raised my bar,” recollects the youthful ambitious politician whose eyes are set on the Bugiri District Woman Mp seat currently occupied by Agnes Taaka.

She says that deligence, trust and hard work are the most important values she will never let go as they have transformed her into the person she always wanted to be.

“I made sure I never missed any council meetings in Bugiri apart from on rare occasions where I had an exam for which I would notify the speaker on time not to cause myself embarrassment,” She says.

Having served her people to the best of her ability, she feels it’s now time to take on another challenge.

“I feel I have served my people well and now is the time for me to give way to other young people to also have the chance to serve. And that’s how it should always be,” she confidently says before clarifying that the task ahead for her will be the Woman MP seat during next year’s polls.

Even though she looks young, (and indeed she is) her aspirations for her people are those for political legends.

Asked to highlight what she intends to do for her people, the youthful politician says, “You know all we need to do is to bring the young people to take up political and social responsibilities by sensitising them about the fact that the future of the country belongs to them and our parents were just keepers who are now ready to hand over to us,”.

Her leadership will revolve on empowering the youths as a conduit for rapid economic and social growth, further explaining that an empowered youthful population is a guaranteed future.

She emphasises the use of interaction platforms with their leaders to discuss important decisions that affect society which she says would go along way towards ensuring an informed population which would resultantly lead to easy importation of government programs.

Her major concern is on education. According to her, very few of the children in her district make it to senior four despite of the high enrollment figures at primary level. She says that the alarming rate of school drop outs is a real recipe for disaster if not solved immediately. She says concerted community efforts to keep children in school should be a focus for all political, cultural and religious leaders.

She also castigates the popular acts of forcing children into paid human labour, adding that local leaders need to take up the initiative to combat the deadly vice.

Ms Kagoya also says that in the box to improve the general livelihood of her people, much emphasis will be put on empowering women since they contribute greatly towards the upbringing of their children than their male counterparts. She gave an example of where some men spend weeks or even moths without seeing their children, sometimes because they work from far or because they are attending to their other families. In such circumstances and very often, it’s the mothers who keep with the children.

She proposes encouragement for women to organise themselves in saving groups where they can pull resources and also get financial assistance towards development from government and credit institutions.

On whether giving the young people political responsibilities was not a risky adventure to undertake, Ms Kagoya insists that human wisdom doesn’t result out of age.

Asked to comment on the suitability for the Kyadondo East MP Robert Kyagulanyi Ssentamu for the Presidency, Kagoya who seemed too cautious while answering, as if for fear of being misunderstood said that “He is certainly a great guy and an inspiration to many but I want to be honest with you to say that I am unable to comment on his suitability for the Presidency because I haven’t had an opportunity to interact with him,” she said.

She added that whoever wanted to judge Kyagulanyi should do it at an individual level but not because he is a youth.

She called upon the youths to prepare themselves for political offices in the next general elections as it’s the only way through which they can get their destiny into their own hands from the elders who are now tired and eager to be relieved.

For the third time in a row, Dangote Group has emerged as the most admired African brand, of African continent...