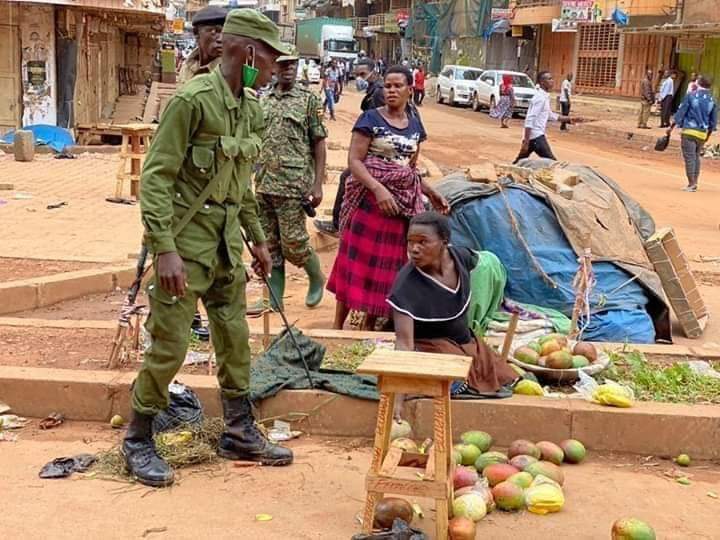 In past few days, social media has been awash with photos where women who are selling food stuffs and fruits are being battered on streets by the brutal security forces.

This has brought mixed reactions from different sections of society with many condemning the women, wondering what why they abuse the curfew.

From their comfort zones in their air-conditioned homes, they find it fitting to condemn the innocent women. Those asking them to go home and relax or rest are speaking from their own perspective and not the perspective of vendors.

Ofcourse to some this calamity is a blessing if not to shiphon money from government, it has at least given them a forced leave from their busy schedules of chasing deals in the City.

Their fridges, kitchen shelves, sideboards etc are packed with all sorts of food stuffs and drinks that they can afford to live inhouse for a month or two. When the worst goes to worst they can drive to the market and fill their car boots with all kinds of food. That gives them the audacity and comfort to condemn the poor women for what they are doing.

Some one who vends on streets, earning less than she can spend, in such times when children are home without what to put in the saucepan, what do you expect her to do? To sit down as children cry for food? Come on!

First of all, vending fruits on streets which are not crowded might not spread corona virus because this is not cholera. But even if it was, when the difference between being live and being dead is no more, instead of one starving and die of hunger she rather dies of Corona virus, in an event she survives covid19, she can have food for the children to survive for another day.

The saying goes that when you see a toad or frog hopping/jumping during the day in bright sunshine then know that something is wrong because it would be expected to be enjoying the cool waters. These women have something pushing them.

Who would not wish to be at home enjoying sausages and enjoying some rest with their spouse? Who would not enjoy being at home or at least doing some exercises like jogging? Who would not want to sit with his or her children and share some Jokes with them? We just have to put ourselves in the shoes of those women before we can condemn them.

The cost of maintaining these soliders on the streets might be much more than the cost of providing food relief to the vulnerable (Editor: Government has started distribution of food relief starting Saturday).

The brutal force that is being used by security is unreasonable and unjustifiable. The people defending the brutality are inhuman, inconsiderate, unjust, insincere, out of order and unfair.

The government should come out and support the poor people instead of harrasing them. The President should take interest in feedback from the populace. Stay safe.

Muhimbise George is a member of the Alliance for National Transformation.