Here is why Kyambogo University is recalling over 7,000 transcripts

by Stephen Kalema
in National, News
104 1 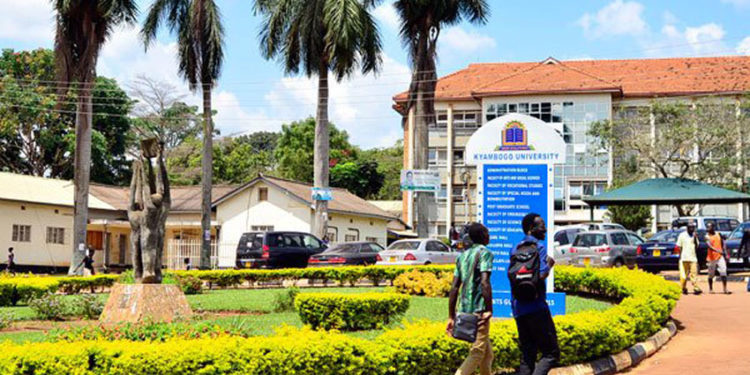 Kyambogo University is considering to recall over 7000 transcripts due to their poor quality, errors and other information inconsistency.

The recall of the transcripts follows the report by the investigative committee that was appointed by the university council in December 2018 to investigate the procurement and the processing of academic certificates and transcripts which were issued in 2017.

According to the report, the university management presented 7,304 students for December 2017 graduation, however, shortly it started receiving complaints after the issuing of the certificates and transcripts that there were some errors.

The report states that transcripts had errors thereon and the quality such as wording, printing, type of paper of certificates and transcripts.

After finding the anomalies, the then acting academic registrar Dr. Peter Okello wrote to the faculty of administrators recalling uncollected certificates for the 2017 graduates on January 30, 2018. So far over 1,264 students who had already collected their transcripts returned them with similar complaints.

According to the investigations by the committee, the university procured 20,000 papers for the transcripts and 15,000 papers for certificates however they were of poor quality. Other errors they identified were lack university’s security features like watermarks and majority of the students were given the same date of birth -November 25, 2017.

“The candidates’ names, qualifications title were the only features included in the transcripts and certificates which were excepted were left out in the printed academic document, which substantially affects the integrity and quality of the university’s academic document. The QR code in the 2017 transcripts and certificates was not encrypted. For the case of the hologram, the senate approved a dual image ‘Kyambogo University’ registered hologram is surface printing, which can easily be forged by colour print,” reads the report.

The university is bound to suffer a financial loss of Shs 224m arising from rising from the recalled printed certificates, prices overcharge, utilised stock of purchased paper in stores.

According to the committee, records from the office of academic registrar show that only 4,302 papers were used to print certificates but 10,698 papers meant for certificate could not be counted for and according to Prof Benon Basheka who chaired the committee they don’t whether some of the untraceable papers were destroyed during the printing, however, another bunch of 12,000 meant for transcripts printing were founding in registrar’s offices.

According to the investigative report, the changing of service providers from Smith and Ouzaman to Transpaper (U) Limited in 2017 as the supplier of the academic document could have been the source of the entire error that has cost a huge loss to the university.

Prof Basheka alludes that due diligence on Transpaper (U) ltd was not done and if it was done it was done without sufficient analysis.

The report also blames some university officials for changing the supplier yet the former was demanding the University arrears of Shs263m from the previous service.

The report also blames the ICT director for irregularly introducing specification on the documents without Senate approval.