by Watchdog Uganda
in News
67 0 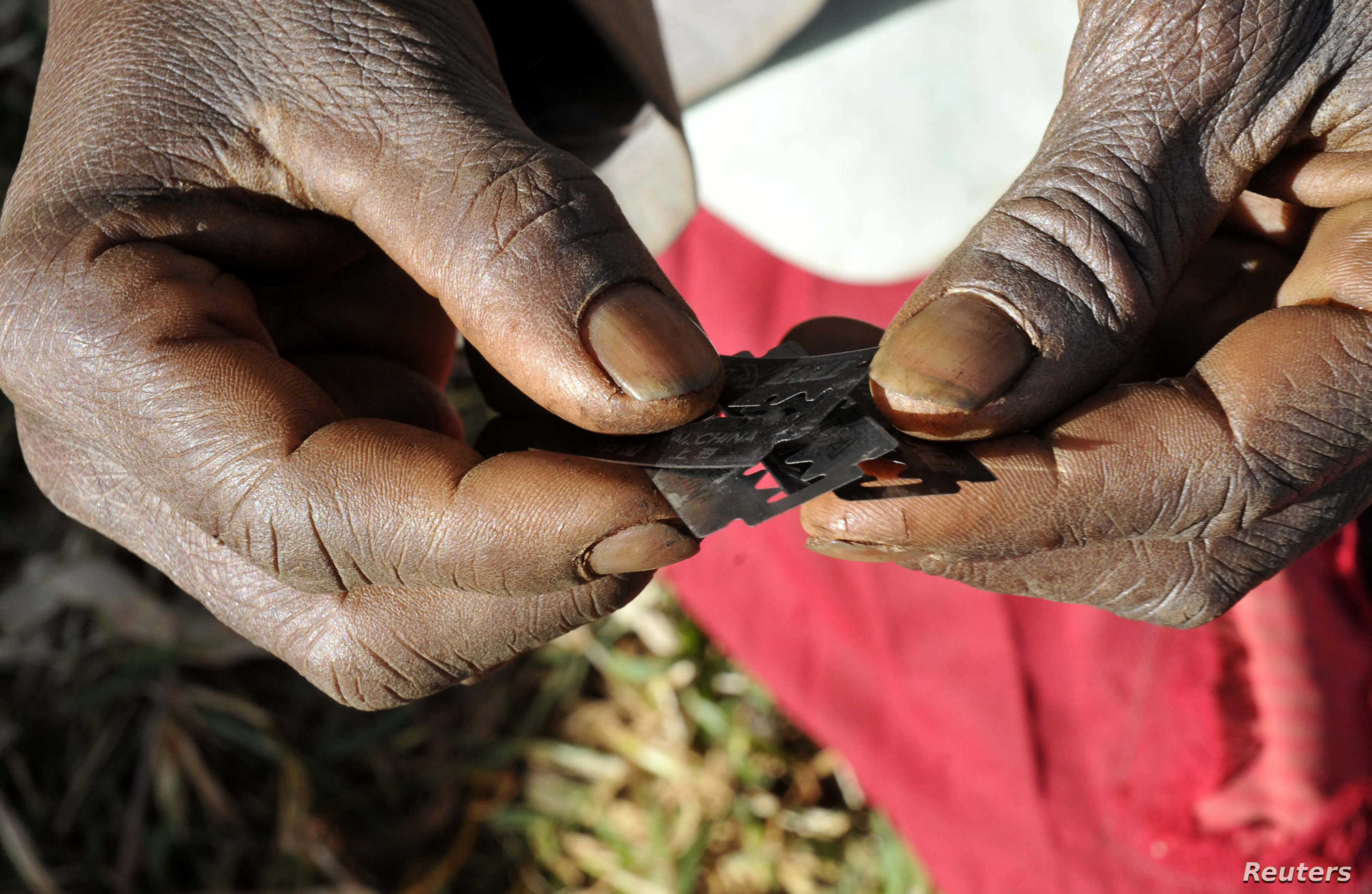 Prisca Korein, a 62-year-old traditional surgeon, holds razor blades before carrying out female genital mutilation on teenage girls from the Sebei tribe in Bukwa district, about 357 kms (214 miles) northeast of Kampala, December 15, 2008. The ceremony was to initiate the teenagers into womanhood according to Sebei traditional rites. REUTERS/James Akena (UGANDA) - RTR22M64

Gender and Culture Minister Peace Mutuuzo has been in the eye of the storm lately for suggesting that female genital elongation is illegal and was outlawed by the government 10 years ago.

Popularly known as ‘Pulling’, Mutuuzo said this cultural practice that involves the elongation of the labia minora is Female Genital Mutilation (FGM).

“You are preparing our girls who are not yet ready for marriage and may get partners who do not care about that (genital elongation),” she said a couple of weeks ago.

Her pronouncement received mixed reactions, with several Members of Parliament and public coming out to castigate her.

She maintained her stance.

But what is FGM?

FGM is a procedure carried out on girls between infancy and the age of 15, or before puberty, by traditional circumcisers or even medical professionals. It involves the deliberate cutting, injuring or changing of the female genitals.

Common in many parts of Africa – including some regions in Uganda, the Middle East and Asia, Ministry of Gender reports indicate that between November 2018 and January 2019, about 350 girls underwent FGM in Kapchwora, Kween and Bukwo districts.

Worldwide, statistics from WHO show that more than 200 million girls and women alive today have been cut in 30 countries where FGM is concentrated while more than 3 million girls are estimated to be at risk for FGM annually.

FGM is classified in four categories.

The third is Infibulation – the narrowing of the vaginal opening by creating a seal, formed by cutting and repositioning the labia and finally while the fourth type are the other harmful procedures to female genitalia for non-medical purposes for example pricking, piercing, incising, scraping and cauterizing the genital area, according to endfgm.eu.

According to WHO, genital elongation is type four of FGM as long as it includes procedures that intentionally alter or cause injury to the genitals for non-medical reasons.

Because it is usually carried out using rudimentary tools such as scissors, knives, scalpels, pieces of glass or razor blades, FGM is very painful and easily harms the health of women and girls, causing long-term problems during sexual intercourse sex, childbirth and mental health.

For example, at 13, Mary Oloiparuni from Leboo village in Kenya bled profusely during genital mutilation with the excessive pain.

Although she later on healed, 19 years later, giving birth to each of her five children has been an agonizing and traumatic experience.

The aunties (sengas) who help the girls during labia elongation say that the elongated lips are believed to make sex more pleasurable to both the man and woman. This is because when elongated, the clitoris which is known to be the sensitive part of a woman becomes exposed.

“Longer lips are known for keeping the genital parts of a woman warm and moist compared to the short ones. During the time of sexual intercourse, the man will find the area already heated up hence enjoying the sex. It is important for a woman to undergo the labia elongation in order to keep the relation with her husband strong.Good sex will keep yourman from cheating on you”, said senga Goretti Nakato.

According to researchers, the labia elongation is not only carried out in central Uganda but also among the Bahima clan of the Banyakole tribe in western Uganda.

The elongation was mostly to raise fences for rapists. The lips can act as a block to the entrance of the woman’s inner genitalia in case of forced sex.

Anita (not real name) said that among the Sebei, the FGM was introduced mainly because there were a lot of wars during the olden days. When the men went for war, they would return to infidelity and some of them, the wives would have already gotten married somewhere else.

“In order to curb this issue, they resorted to FGM. When this practice was carried out, the women’s sexual desires would drastically reduce hence no cheating on their husbands during the war times,” she said.

This act was then strengthened and became a must do among the Sebei girls.

“In order for one to be respected by everyone in the village, they had to undergo the knife process. Most marriage relations have been put on hold if the woman has not yet been circumcised. Despite the fact that the act is painful, some of the Sebei women still love the knife process,” Anita said.

“It’s not just an African problem. In the US, an estimated 507,000 women and girls are either at risk or have undergone FGM. In Europe, it affects around 680.000 women and girls,” says Stephanie Thompson, a writer.

According John Mutunga, a banker elongation not only makes sex worth an interesting adventure but it also gives him assurance that his woman will not cheat on him.

“I am not only speaking for myself but also my fellow men out there. A woman who hasn’t ‘pulled’ is untrustworthy and unfaithful!,” he said.

“FGM only favors the men sexually as the women lose the feelings for having sex which is unfair. This should be stopped.” -Anonymous-