Archbishop Lwanga outlaws mass in homes of unwed couples, as he issues tough rules for Catholics 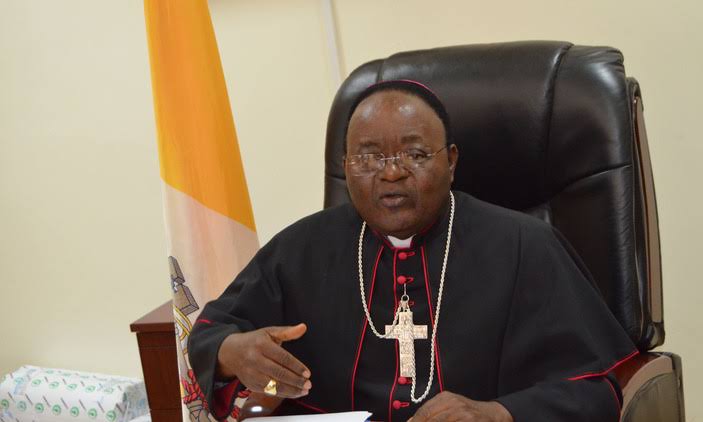 The Kampala Archbishop Dr Cyprian Kizito Lwanga has issued a decree to guide in the proper celebration of Eucharist, as well as introducing work contracts for Priests, in new Catholic Church changes.

The directives are contained in a decree he issued on Saturday, February 1, 2020 following a high level meeting with the clergy and senior executive committees of parishes at Rubaga Cathedral in Kampala.

Archbishop Lwanga also warns those who are co-habiting against receiving Holy Communion.

“Following the clear norms of Can. 915. It must be reaffirmed that those living in illicit marital co-habitation and those who persist in any grave and manifest sin., cannot be admitted to Holy Communion. Moreover, so as to avoid scandal, the Eucharist is not to be celebrated in the homes of people in such a situation,” his letter reads in part.

Priests have also been instructed to avoid allowing lay people to distribute Holy Communion during Mass.

On the issue of contracts, Fr Nkeera said that every priest will be required to serve for three years in any given parish, school or area. From there, his contract can then be renewed for another three years, after which he will be transferred to another area. He said no priest will be allowed to serve beyond two three-year terms at a parish.

“Yes, the decision was made and it is to be implemented effectively,” said Fr Nkeera who however never wanted to disclose the factors behind the changes. “This is not something new, it has been the practice in many other areas though it is not popular in Uganda,” he added.

Six arrested in Kasese for growing cannabis in national park