by Mubiru Ivan
in National, News
91 2 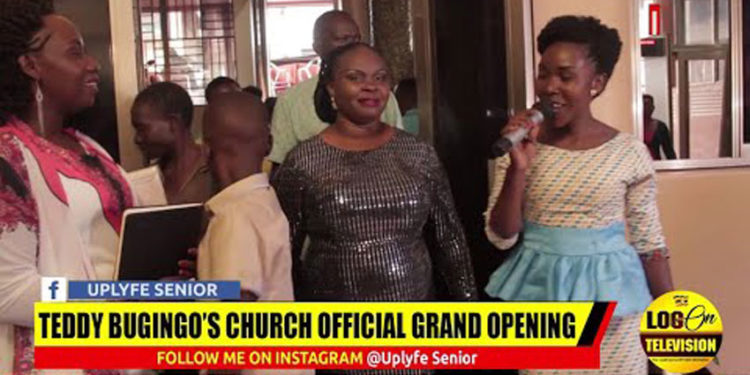 Teddy Naluswa, the estranged wife to Pastor Aloysius Bugingo on Saturday officially opened her own church.

The launch which was attended by hundreds of followers took place at Hotel Triangle in Kampala.

Since May 2019, Teddy has been having family issues with Bugingo and apparently the House of Prayer Ministry lead Preacher is demanding for a divorce [case already in court] alleging that he can no longer stay with her.

He accused her of conspiring to steal his Church land as well as trying to kill him.

“I have tried to always keep quiet to respect Teddy but she is playing the sympathy card too much. She says she has been with me for 29 years through thick and thin. But how come she doesn’t talk about her haemorrhage (fistula). My wife bled for 10 years. Every single day, I bought cotton since pads could no longer contain her flow. I didn’t have sex for those 10 years. I didn’t even cheat. How come I didn’t get another woman in those years? Surely people must know that if I were to leave, it would have been then. I have been patient, I have tried all my best to make this thing work. Let her stop claiming she is the one who tried her best,” Bugingo said.

Teddy has since denied the allegations and opposed the divorce petition stating church marriage is meant to last for forever and that her husband has no valid issues as to why he is divorcing her.