Uganda, Somalia pledge to continue supporting their forces to wipe out Al Shabab

by watchdog
in National, News
6 0
ShareTweetSendShare

The Minister of Defence And Veteran Affairs Hon Adolf Mwesige And Hon Hassan Ali Mohamed the Defence Minister of Federal Government of Somalia Friday held a meeting aimed at improving the bilateral relations in Defence matters between both countries.

The two ministers who met at the Ministry of Defence headquarters – Mbuya discussed the prevailing security situation in the region and commended their two countries’ forces for working together within the framework of AMISOM to bring lasting stability to Somalia.

The two Ministers further took note of the existing cordial relationship between the two governments which they attributed to the sacrifices made by Ugandan troops to bring lasting stability in Somalia.

The two sister countries pledged to continue encouraging and supporting their forces to wipe out Al Shabaab and usher in lasting peace. 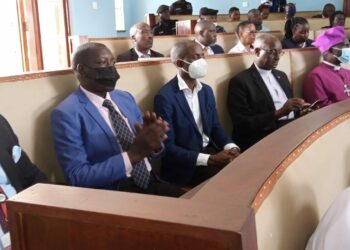