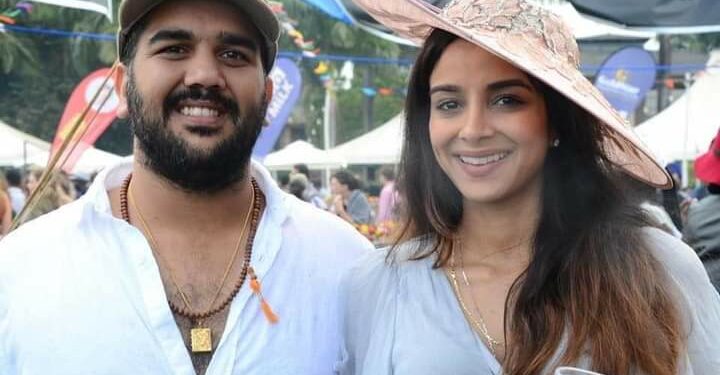 City businessman Rajiv Ruparelia and wife Naiya have given birth to a bouncing baby girl.

The new life is the first child for Rajiv and Naiya.

To celebrate the achievement of getting a second grandchild, Uganda’s richest man Dr Sudhir Ruparelia decided to host his fellow rich friends to a dinner in a magnificent restaurant in Central London, UK.

Naiya and Rajiv got married in 2018 and she is the spirit behind the new life in their education sector.

Naiya who plays a key role in the Ruparelia schools including Victoria University, Kampala Parents School, among others, spent all her life in United Kingdom where she met Rajiv when he was a student at University. She agreed to relocate to Uganda and settle down with Rajiv to grow their father’s business empire into the second generation.

With their parents guidance, Naiya and Rajiv have joined their sisters in consolidating the gains Sudhir and his wife have made on the business and social front. One of Naiya’s moves was offering child rapper Fresh Kid a scholarship at KPS, which has transformed the little boy beyond anyone’s imagination.