by Watchdog Uganda
in Entertainment, Showbiz
10 0 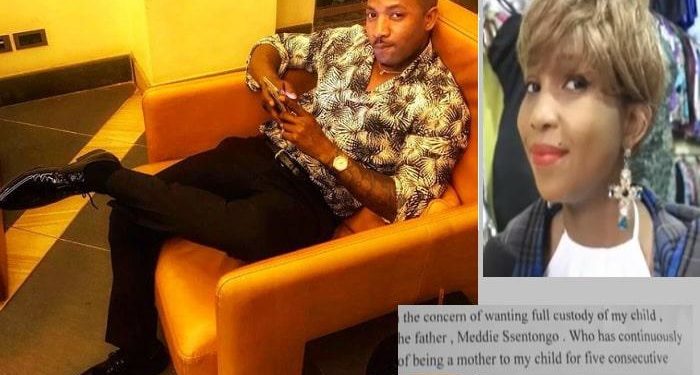 State Minister for Youth and Children Affairs Florence Nakiwala Kiyingi has taken over the matters of socialite Meddie Ssentongo and his ex-lover a one Susan. The two have been fighting over the custody of their son.

Recently, the 26-year-old slay queen accused city Ssentongo of barring her from accessing their six-year-old child.

It is reported that the pair met several years ago and used to make out until Susan got pregnant and gave birth to a baby boy.

But when Meddie proved that the son is really his, he got hold of him thus barring Susan from accessing him for five consecutive years.

This forced the slay queen to contact Minister Nakiwala to get involved into her matters.

Now, on Tuesday, the Minister took the child in question away from Ssentongo and gave his custody to Susan.

Susan who was filled with joy, applauded the Minister for helping her get hold of his son again.

Ssentongo met Susan while she was working at Nakumati Supermarket near Garden City at the time. They later dated and by the time she discovered that she was pregnant for him, Ssentongo had flown back to South Africa.

Susan says when Ssentongo was told about the newborn baby, the socialite disowned him. But when pressure from her family accumulated, they went for a DNA test and the results confirmed that the child was really his.

“From the time Ssentongo understood the child was his, he took the child from me. I haven’t seen my child in five years now” Susan cried out over the weekend.