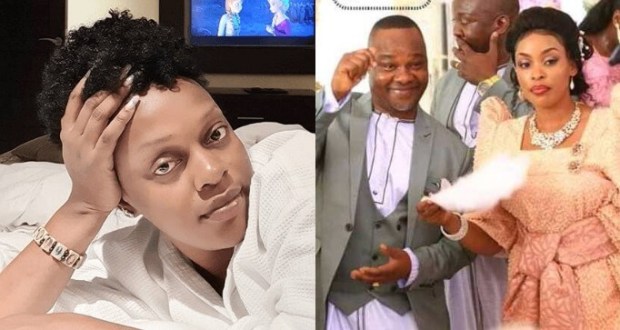 All is not well for moneybags Emmanuel Kawesi Lwasa after netizens in his home area-Masaka disowned him for having a loose tongue. They have since vowed to donate him to Bushenyi.

Lwasa was introduced over the weekend by another woman other than the publicly known BBS TV host Diana Nabatanzi. He would later jump from one media house to another exposing why he had opted to ditch the TV personality in favor of a little known woman.

He claimed that despite the fact that he had provided for Diana with expensive hair styles, clothes, business capital, rent and a brand new car, the beauty-rich TV girl had failed to reciprocate the same to him.

Asked whether the girl only identified as Angel was the last he would be seen marrying, the massively indifferent tycoon insisted he would keep on marrying since it’s his money and rules.

The reckless yapping by the propertied businessman has understandably attracted varying reactions from the public with some concurring it is a man’s right to treat a woman the way he feels like as long as he has money, while others castigated the mannerless tycoon’s conduct.

Among those ones angered are some people who originate from Masaka who have threatened to disown the area tycoon over his bad manners towards women.

“We from Masaka Tetumala Gogera so we are donating Lwasa to Bushenyi,” posted a one Ayub Kigongo before getting massively supported by his fellow netizens from Masaka.