Weasel’s parents have already given the marriage ‘proposal’ a nod.

Dressed like a real daughter-in- law, Namukwaya is first seen politely kneeling while greeting Weasel’s mother a gesture that has with no doubt left the Mayanja family deeply impressed.

To sum it all up, the proud Mayanja captioned the photo which has been widely shared on social media as follows;

“I think I should marry this year, what do you think gyal Spice Diana? ” 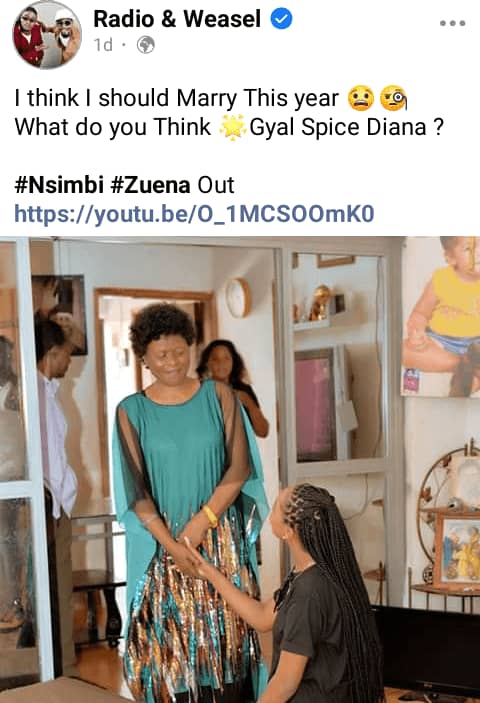 The post was followed by yet another statement where it was Mr Mayanja Senior’s turn to cast his approval for the love deal between the two musicians.

Here, Weasel informed his father point blank that he was soon bringing a daughter in law home. 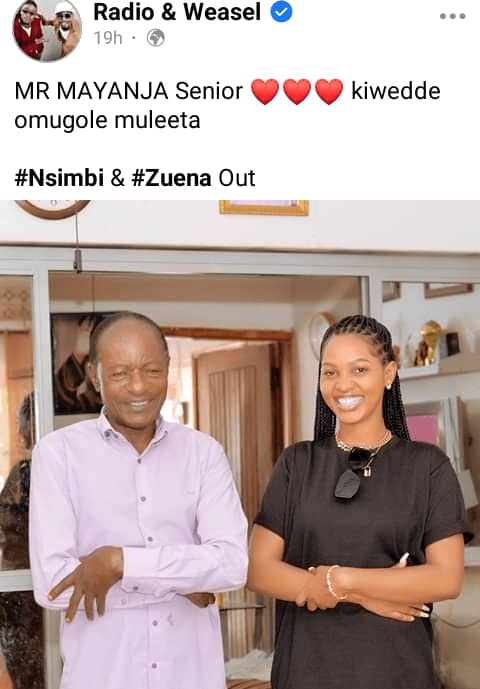 However, social media in-laws have showed concern while speculating that the faded star might be trying to use the musically successful Spice Diana to stage a come back for himself after his music career got buried along with fallen partner Moses Radio.

” Twakutegedde Weasel. After things falling apart with the death of Radio, now you see an opportunity for a come back through love promises to poor Spice. Kyoka love etama,” One Ssenkungu Mohammed responded on Facebook.

Used and dumped! What next for Museveni’s “useful idiots”?

We’re not ready to take chances! NRM reveals why they hired 40 lawyers to defend Museveni’s victory in Court

We're not ready to take chances! NRM reveals why they hired 40 lawyers to defend Museveni’s victory in Court