by Mubiru Ivan
in Entertainment, Showbiz
10 0 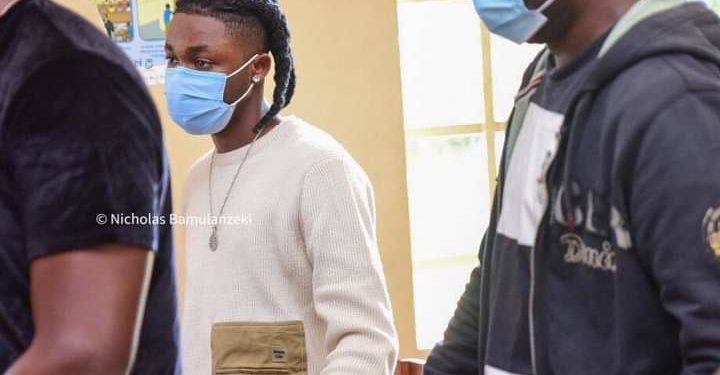 Omah Lay and his co accused in Court on Monday

Nigerian Superstars Oma Lay and Tems together with their manager have been remanded to Kitalya Prison for staging music show in Uganda amid Covid-19 lockdown.

They were charged with negligently doing acts likely to spread an infectious diseases C/S 171 of the Penal Code Act.

The earlier plans of releasing them on police bond, were suspended after their casefile was sanctioned by the Office of the Director of Public Prosecutions.

The trio along with four Ugandans were all remanded to Kitalya Prison until 16th December, 2020.

The suspects who were arrested on Sunday, had on the previous day staged a successful concert which sparked an outcry from local entertainers who accused the Ugandan authorities of being unfair. They wondered why government had to give a go ahead to a foreign artiste to conduct a show when for them they have been been denied to perform for nine months because of Covid-19.