by Brian Mugenyi
in Entertainment, Showbiz
3 0 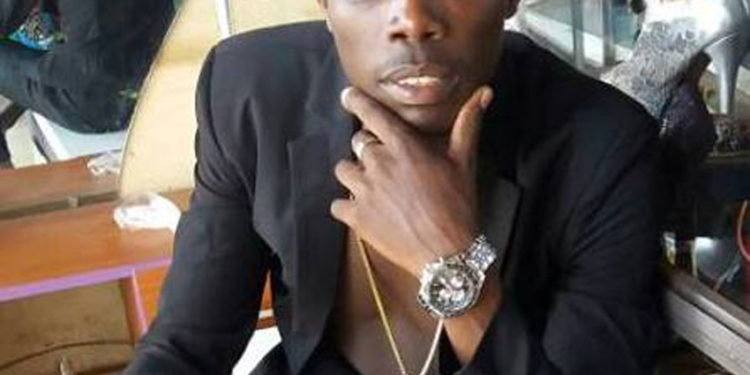 Looking at Yasin Mukasa, aka Lil Pazo performing at different music events attests a promising and creative singer as well as a songwriter. Today, his songs are heard and many of them have lived up to inspire the youths especially his hit-single Genda Ogule Emotoka!

Pazo, now in his early twenties, born to the late Sulaiman Ssezobwa and Swabirina Nakakawa, residents of Kalisizo Jongoza village, Masaka says before joining the music industry nine years ago, his early life looked as if he had one foot in a grave.

He underwent so many painful things in life but eventually he found a moment of redemption in music. He is one man who grew up in the streets of Bwaise-industrial area-Kampala.

“Street life is the worst thing in life and I don’t second anyone today to take it as his last resort. But anyway, being there for some months taught me a lesson,” he said.

“It was after going through a lot of hardships because my elder brother had chased me from home, but it was me who had made a mistake of spending a night in Karaoke somwhere,” he explained.

How it all started for him!

When his parents failed to raise for him school fees, Lil Pazo says he was forced to drop out of school while in senior three at St Ssebasitiyan-Bethlehem Secondary School. Earlier, he had attended Kayayumbe primary school and Kabingo primary school where he sat for his primary leaving exams (PLE).

After realizing that chances for him to return to school had completely vanished, he left his parent’s home in 2007 and sought for greener pastures in Kampala at the age of 19.

The latter, wasn’t skilled in anything. All he had by then was his clothes and brain at hand. But through his brother Muzamir Kakeeto, he was advised to start exploring cookery skills first and later started making flied chapatis, Rolex and ‘Ekikomando.’

After few weeks, Pazo was employed by James Kawuyi, who had a chapati stall at Mutungo biina-Kampala.

“My boss used to pay me Shs500 per day as my salary. Here, I used to eat chapatis for both lunch and supper,” he said.

However, on a fateful day that he can’t forget “Saturday-afternoon”, a daily chapati buyer whom he had befriended for quite some time convinced him that he had gotten him a job for making chapatis at
Sheraton Hotel. And here, he was asked to first pay Shs15000 for him to secure a job at the hotel.

He went home to look out for money which he HAD kept for a long time in a wooden box.

“After giving him my money he convinced me to wait for some days to take me to the hotel. Until now, it’s difficult to trace his whereabouts. That man conned me,” Pazo dizzily said.

For the first time to go out in music shows, he was chased away from home in Ruzira-Kirombe town by his older brother Muzamir.

He says he had gone to see artistes performing during radio Simba fans-annual event at Nakivubo stadium.

“I didn’t enter the show. I had no money to buy a ticket but I stood up at Owino market building to see what was taking place inside.”

As he hustled through the city, Lil Pazo joined the boda boda business. He started off in Kibe zone Bwaise.

This job too was not easy for him. He endured a two-week incarceration at Kawempe police station by his boda boda boda boss. This was as result of his reckless riding and negligence that saw him lose motorcycle to thieves at Kazo stage, as he had gone for a four-day Karaoke gig in Bukuya.

“I used to ride a boda boda day and night. I had nowhere to sleep and during late night I could sleep my boda boda,” he adds.

During the boda boda business at Bwaise, his daily customers were singers; Ziza Bafana, Fantom and others at D-Records studios.

He says he used to ride Bafana for some time until when he got linked to Producer Renix, and Producer Wani, who guided him on how to join the music industry since he had passion and start-up capital for
recording.

“I used to spend most of my time at D-Records studio. Here, I started believing in myself and this paved my way into music,” he says..

Pazo believes that passing through ranks of versatile local music producers such Washington, Renix, Ronnie, Zion K, has worked miracles for him.

He considers that although he is still emerging from shell to reclaim a music star in himself, the limited experience he has gained from producers and local music icon such as Juliana Kanyomozi, Madox Ssematimba, Bebe Cool and Jose Chameleone has given him food for thought to build on his career.

In 2010, as his luck would carry, he composed his first song “Yegwe” which was recorded without paying any costs by Producer Renix, before he shifted his studio in Luwafu, Makindye.

He adds; Rinex, who also owns Power records studio helped him perform on several music shows including the ones of Gagamel crew before Producer Ronnie pre-recorded his break through song in 2011 “Munaffe
Otulabyeeko nnyo” lawfully composed by the late Herman Basudde.

Currently, the ‘Genda Ogule Emotoka’ singer is ranked among the promising young musicians. The latter has formed Lunabe Music crew and they are working together with Karma Records to extend music to a high
level.

He says he’s been greatly inspired by artistes Ziza Bafana, and late Herman Basudde although he credits the media for disseminating his songs to extra ends.