by Allen Kisakye
in Entertainment, Showbiz
19 0 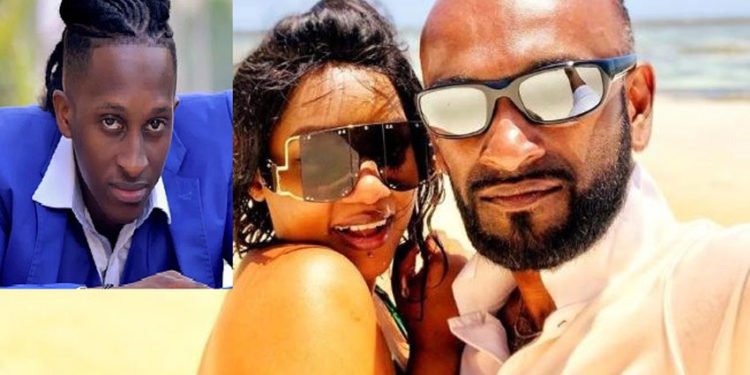 Singer Bruno ‘K’ Kiggundu has advised NBS TV’s Zahara Toto to stop faking happiness, with an aim of proving to online ‘in-laws’ that she is doing well in her new relationship.

The NBS Uncut show host recently had a bitter relationship fallout with her Nigerian boyfriend Don Solomon, as he accused her of lack of respect and being violent. Zahara too retaliated saying that she was fed up of Solomon’s constant infidelity and disrespect.

But just after a few hours after serving social media with their breakup drama, the gossip queen paraded her new lover Rueben Robert and since then, she has been flooding SnapChat with pictures and videos while having a ‘good time’ with her new man.

But according to Bruno K, pretending to be happy will not take away the pain she feels deep inside, for all she needs is to cry, heal, before moving on.

“That fake happiness after a break up isn’t good for your health, cry heal and then move on don’t force it. Good morning,” Bruno K shared on his social media platform on Monday.

Bruno K has ever been in Zahara’s shoes as a few months ago during the NTV Mwasuze Mutya show, he told Faridah Nakazibwe that breakups can hurt someone to an extent of wanting to end own life they don’t handle the them so well.

“I was in a relationship with a very pretty girl for over six years. I got frustrated, suffered from depression and stopped producing music. I wanted to kill myself. Love has no medicine and that is why men are drowning in alcohol. A serious breakup can cost your life if you don’t handle yourself well,” he said.

Ruth Nankabirwa: Why I’m at war with Speaker Kadaga

Ruth Nankabirwa: Why I'm at war with Speaker Kadaga