by Mubiru Ivan
in Entertainment, Showbiz
26 1 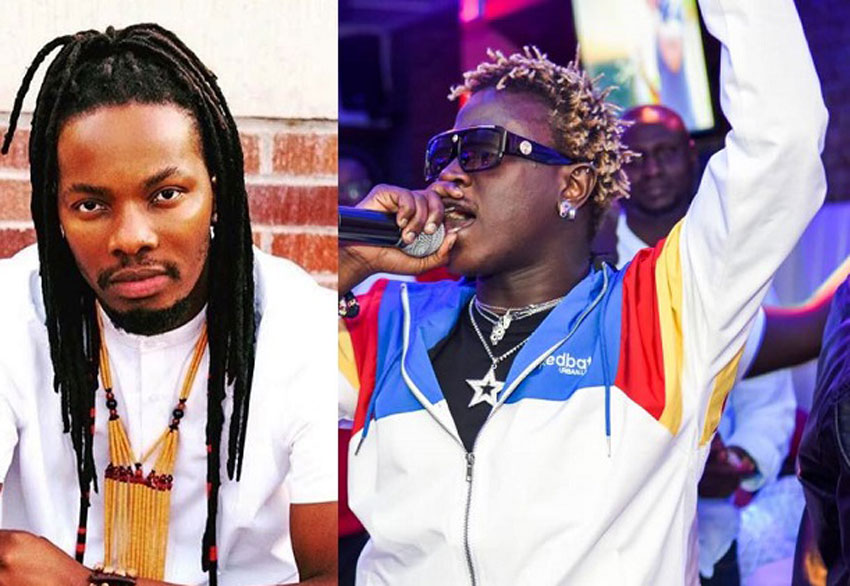 The feud between rappers Gravity Omutujju and his GNL Zamba Nsimbi is not about to stop anytime soon.

Now in the latest attack, Gravity has told off his nemesis to concentrate on solving his marital problems with his ‘husband’ rather than attacking him for no good reason.

It all started when GNL claimed that when he redid the late Elly Wamala’s song ‘Ani yali amanyi’, he credit him and after realising that it was a success, Gravity Omutujju whom he referred to as ’empty tim’ also decided to use the same formula to break through by redoing the late Paul Kafeero’s ‘walumbe zaaya’ but without giving credit to the late kadongokamu singer.

“When I wrote Ani Yali Amanyi verses and sampled the Ugandan legend Elly wamala to bridge the gap of old and young crowds in Hiphop. It brought success and introduced Hiphop to more masses. 4 years after I had showed that the formulae worked, EMPTY TIN also got inspired and made Walumbe Zaya sampling Job Kafeero! I was inspired by Elly, and I give credit,” GNL said in a Facebook post on Monday.

“Does Empty tin give credit to anyone that is why ka industry Kaffe tekakula. Ekko kumitima jabantu abamu !!!! Not letting success build upon success and respect but bickering being small minded.”

However in response, Gravity has accused GNL of smoking too much weed that has since turned him deaf to the extent that he did not hear him crediting the late Kafeero in ‘walumbe zaaya’ song.

“Ssebbo nsimbi:I heard u say.when u sampled elly wamala’s (R.I.P)ani yali amannyi? U credited him on the song and when I sampled paul kafero’s R.I.P) WALUMBE ZAYA (a classic) I never credited him ..Were u sober posting this?is it fear that takes over u whenever u listen to the masterpiece or is it the smoke effect that turns you deaf so u don’t hear ma credits? ??Thats why i dont smoke nor booze so to keep ma mind sober n fresh like a newborn and put ma ear on da ground, , listen to the oppressed majority’s problems and raise them to the concerned (GOVERNMENT) #BATUJOZENYO,” he said in a Facebook post on Tuesday.

Gravity also advised GNL to stop involving him in his wars since the generations they are singing for are far different. He also asked him to concentrate on solving his marital problems with his American wife Miriam Tamar whom he referred to as a ‘husband’ to the ‘story ya Luka’ singer.

First take cigarettes off your ears ssebo (I hear it’s a habbit) if u were looking for relevancy you could have called me nenkuwa plan..even the generation yo used to sing for are now grown n busy in worries of their dying businesses that the government closed during the pandemic. ..Mr try some other business if you had marital misunderstandings with yo HUSBAND. (go to court and get yo share) but musically you need to consultant me…..