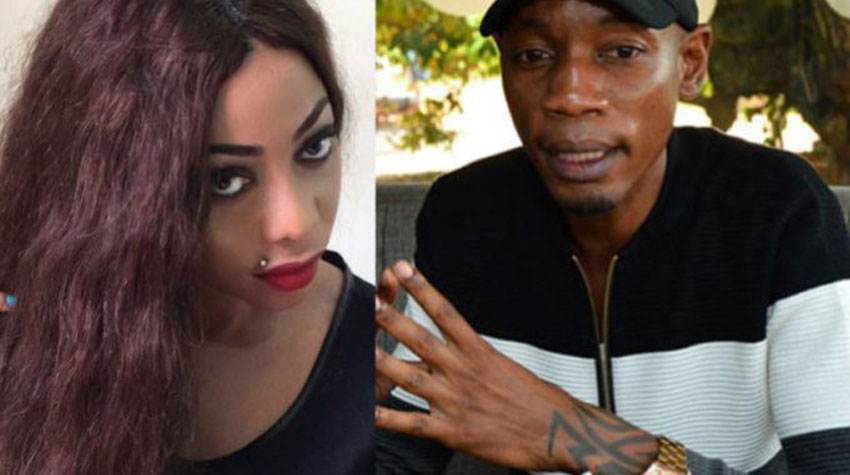 Celebrities have expressed mixed reactions on rape allegations against socialite Brian Kirumira aka Bryan White, with some female ones choosing to stand with the faded socialite.

Besides Stella Nandawula who first claimed she had been raped and forced to abort by Bryan White, but later dismissed the video as being from months ago and sponsored by the socialite’s enemies, another girl named Vivian Mutanda also accused Bryan of sexual harassment, forcing girls into group sex and compelling them to exterminate pregnancies.

However, some people have come out to expose Mutanda as a well-known sex worker who should not be claiming that she was raped yet it was known by some that she had even changed her names to get closer to Bryan White and get money from him in return for sex.

Some people who claim to know her from her school days claim that Mutanda’s real name is Ramlah Namutebi, who was born sometime in 1999 and was a student at Bukandula College in Gomba district. Vivian Mutanda (Ramlah Namutebi) reportedly changed her name because she wanted to sell her body without being identified by her name and was later known to Bryan White by that name.

Such claims have made socialites like Shanita Namuyimbwa aka Bad Black not to only pledge to stand with Bryan White in his current trying moment, but also praise him for his sexual prowess after he confessed that the girls had demanded a lot from him.

“These girls would force me to do different things. One day, they chained me on the bed. Like I almost started to dread the nights. They each wanted four rounds every night, “ Bryan White said during an interview with Spark TV’s Live wire show on Friday.

“If it were not for those girls, I would have put on some weight but those girls never allowed me any rest. This one leaves, another one comes. I was always ‘dancing’ and like you all know how those things are exhausting, it was like I was gyming 24/7. Thank God they have left. May be I will gain some weight.”

Basing on these revelations from fellow socialite, Bad Black praised him for being a man and a half.

“8 rounds daily! Bryan White you are a man and a half yet (some people) can’t finish one ka round. Long live bulayani wange,” wrote Bad Black.

She also bashed Mutanda for claiming that she was raped yet pictures from her love making scenes with Bryan White show her as happy and enjoying the moment.

“Does forced sex make you hold smiles on your face?” Bad Black wondered at Vivian Mutanda’s claims of sexual harassment.

VIDEO: why brain stimulation is important in children for their adulthood