He was just blocking better men from loving me! Winnie Nwagi breaks silence on ending ‘relationship’ with Chozen Blood 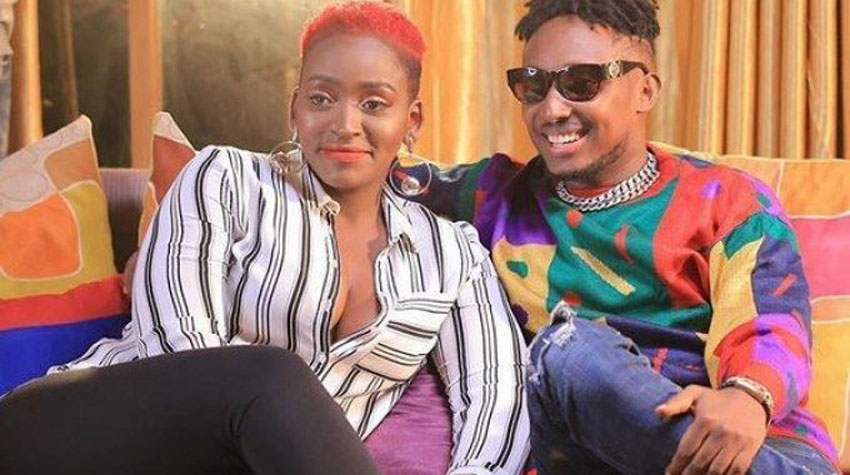 Swangz Avenue singer Winnie Nakanwagi aka Winnie Nwagi has told fellow musician Patrick Musasizi alias Chozen Blood to stop standing in her way as she searches for a better man months after it emerged that the ‘Yitayo’ crooners were dating.

In January, Chozen Blood told a local entertainment show that Winnie Nwagi was “my baby,” after a video of the duo emerged showing them so close to each other. Chozen had admitted that Nwagi was so irresistible and he couldn’t deny being in love with her.

But now, Winnie Nwagi has come out to deny being in love with Chozen Blood, saying that his claims that she was his girlfriend and media reports that the two were an item had made many potential suitors run away thinking that she was serious with Chozen.

“Please note that I am not Chozen Blood’s girlfriend,” Nwagi told Spark TV. “You want to know who I am seeing but you can’t even let me settle in a relationship because you guys keep saying Chozen Blood; even if someone was interested in me and wanted to ask for my hand in marriage, he would be afraid believing that I am in love with Chozen. Stop throwing Chozen Blood on me. I am single.”

Winnie Nwagi has struggled to settle in a love relationship since breaking up with former boyfriend Valentino Joshua Rukundoye alias Generale Czar’bu whom she accused of assault in late 2017.

“This was an abusive relationship, that’s all I can say and I am done with it… I am so happy. I am… single and I am not searching, I don’t want to go into a new relationship, I don’t want it anymore,” Nwagi had said after separating with Czar’bu after the duo had been in a relationship for four years after meeting at Coca Cola Rated Next Season 2 where they were participants.