by Mubiru Ivan
in Entertainment, Showbiz
79 4 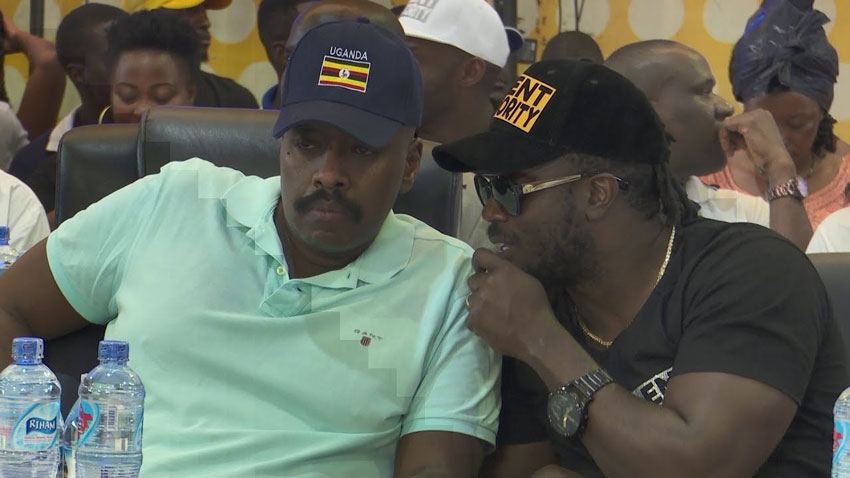 The First Son of Uganda Lt Gen Muhoozi Kainerugaba has lashed out at Uganda Police for failing to protect singer Bebe Cool as hooligans pelted him with bottles during the Boom Party concert over the weekend.

“How could police and the bouncers at Cindy’s concert allow a few hooligans to hurl bottles at one of Uganda’s greatest artists? The same hooligans beat up women on women’s day for simply loving President Museveni and Bebe Cool.We expect a lot better next time from Police,” the Senior Presidential Advisor on Special operations said in a tweet on Monday morning.

Cindy Sanyu’s Boom party at Cricket Oval, Lugogo on Saturday was a full house affair and Bebe Cool who loves the big stage graced the platform around midnight only to get bottles from all directions of the audience.