by Allen Kisakye
in Entertainment, Showbiz
286 15 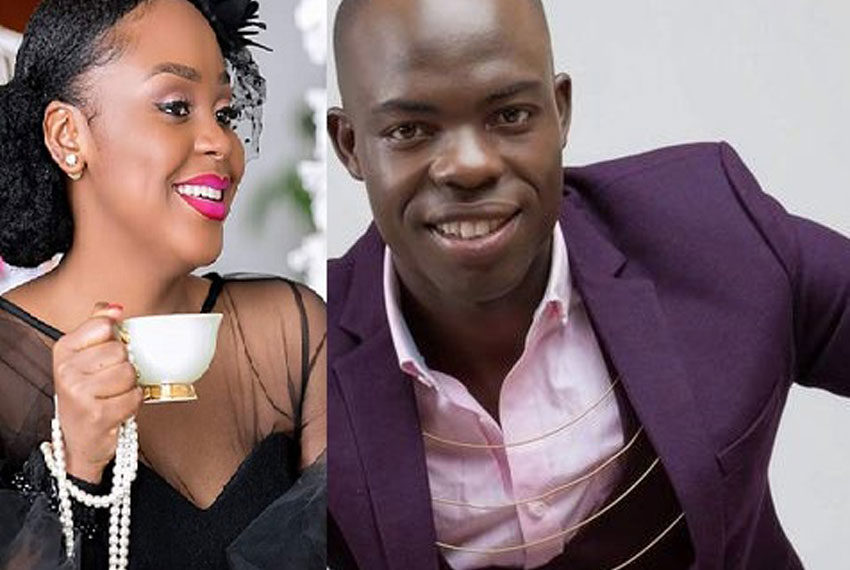 It all started when Evans jokingly brought up a topic of Rema’s ex-lover Eddy Kenzo while performing their song ‘Linda.’ Evidently, Rema didn’t take this joke lightly as she walked off the stage, leaving Evans in total shame.

And after this incident, Evans claimed that he was really embarrassed by Rema’s actions and requested her to come out and apologize.

‘The energy which Rema exerted on me was uncalled for moreover on stage, I have never been embarrassed on stage like how Rema did to me, it really hurt me a lot and I pray with a good heart, she comes out and apologize to me, I’m giving her a 5 days ultimatum,” Evans said recently.

However, after receiving Evan’s request, Rema boldly said that she will not apologize to anyone because she did nothing wrong.

Knowing that his ‘threat’ has failed to make Rema apologize, through his social media on Thursday, Evans has decided to give up on Rema since she can’t even recognize her mistake.

“It’s OK madam Rema, now I know you are not going to apologize because you did nothing wrong. Let’s leave it like that. Chapter closed,” Evans said.

However, social media gossips can’t let this slide as many claimed that its human to say sorry even if one did nothing wrong.

Others claimed that they weren’t surprised by Rema’s statement being that she’s like a daughter to Sheikh Nuhu Muzaata, a Muslim leader who also refused to apologize to Rema’s ex-lover Eddy Kenzo after he (Muzaata) saying that Kenzo should marry his dead mother.

Some comments on social media read.

Nishalo Hellen. You should have known that she is a daughter to Muzaata, saying sorry isn’t in their DNA, they rather just add salt on a wound.

Kobusingye Sophia. Rema you are a pretender, you want to follow the behavior of your father Muzaata, no apology really!! If Evans is your friend just say a simple sorry.

Maggie Mukasa. Evans remember I told you, Rema is Muzaata’s daughter and they don’t apologize, what did you expect?

John Honey.  Pride is darkness. I don’t care about the apology by my worry is that Rema you are too proud.

Debbie Banks. Stop making it look small Rema, own your mistake, you are too too personal.

Who is who in Muntu’s newly launched ANT party